"The borders between play and labour are disappearing. Work, time and leisure have become unified in one never-ending shift. This is especially articulated through our networked presence in multiinternet reality. Every hour of our play, minute of entertainment and megabyte of shared data generates profit. This realm of the lost division between labour and play is called playbour. All of us have become players in this game. But who is the real winner?" Participants created work individually through multiple quick tasks, which became unified at the end in a large large wall installation. Each participant created their work in multiples with two sides, these were then laid out across the walls and floors through a large-scale interactive game of dominos. The Rodina: http://www.therodina.com Photos by Gordon Burniston. 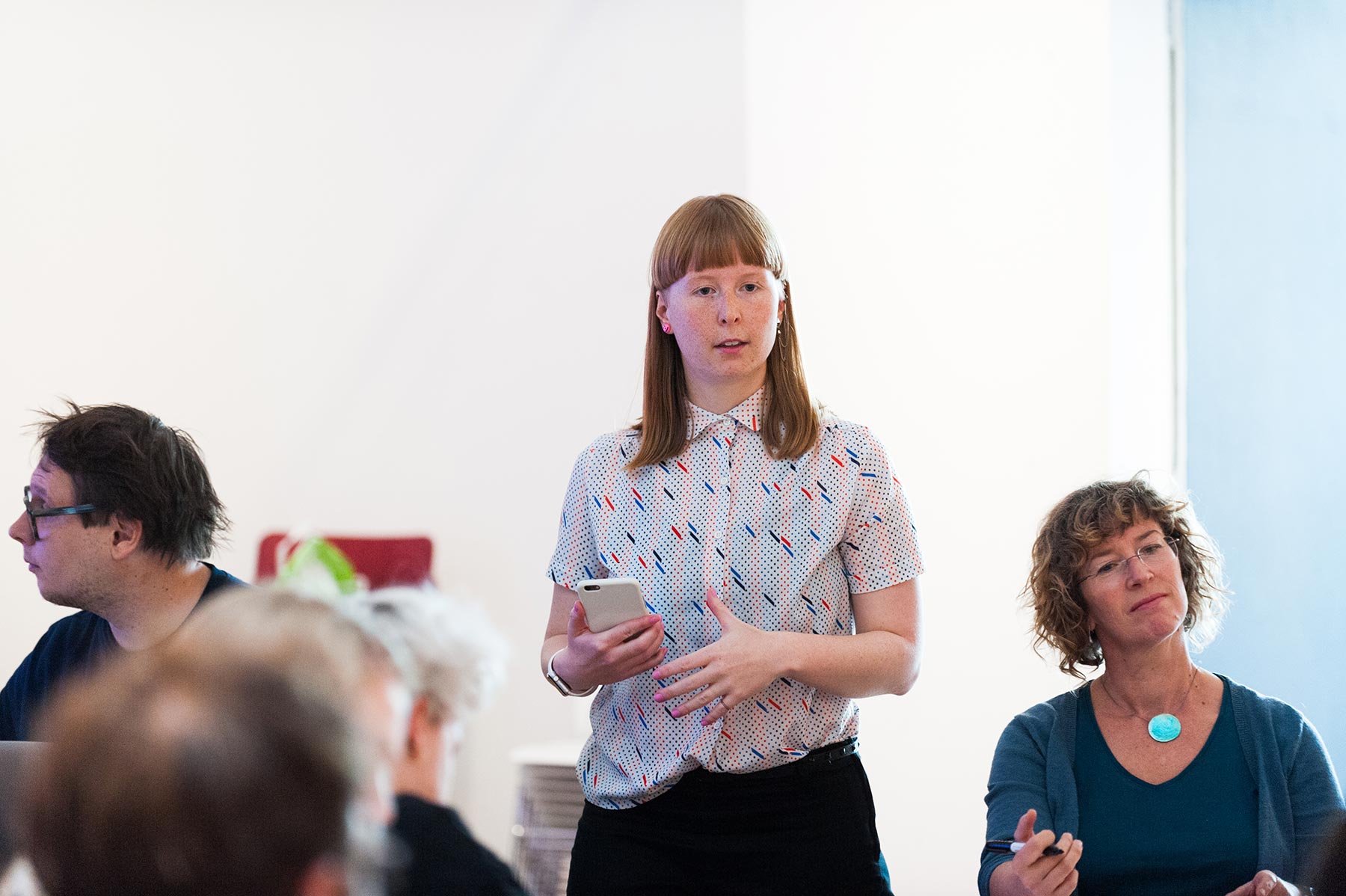 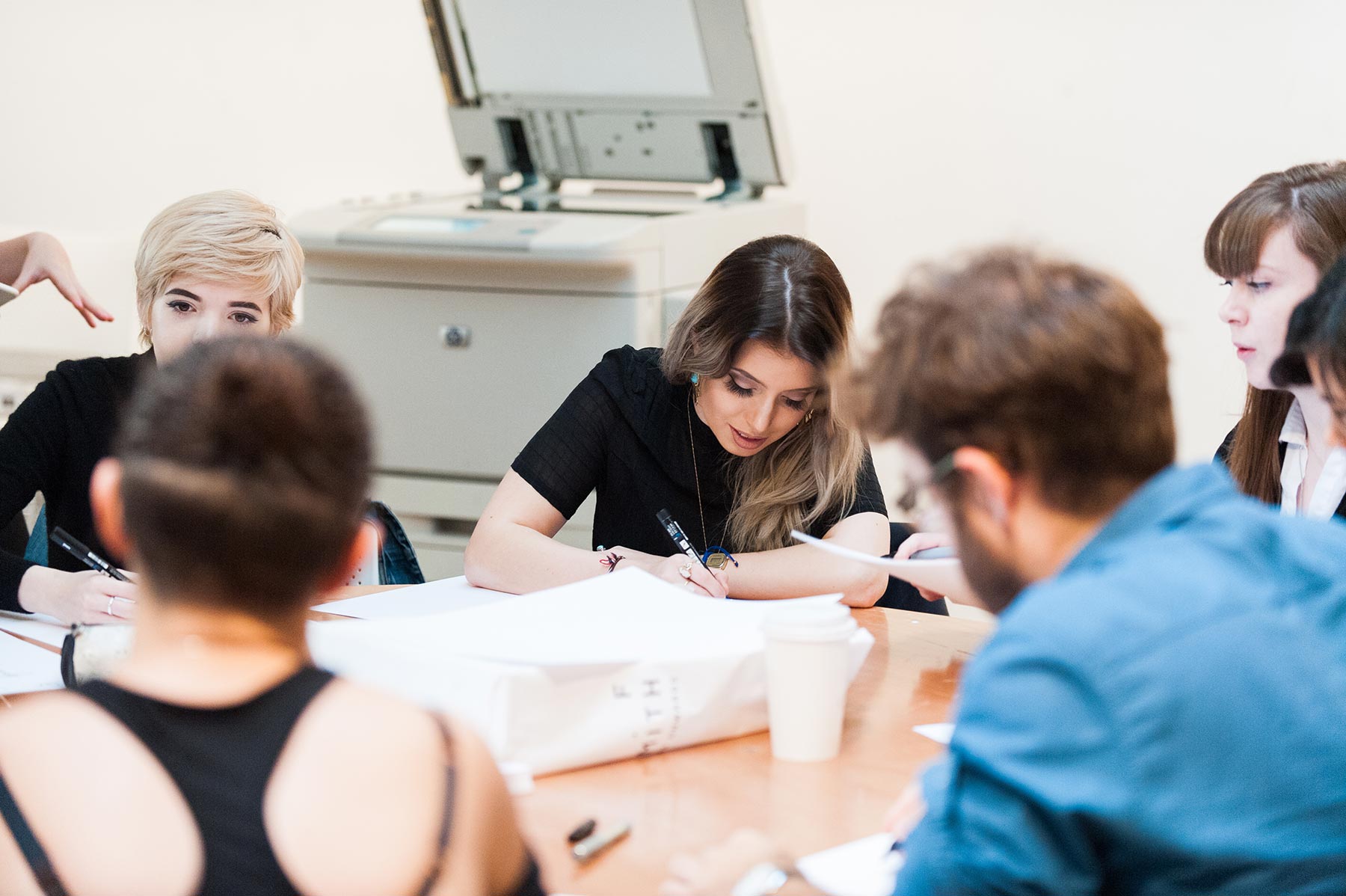 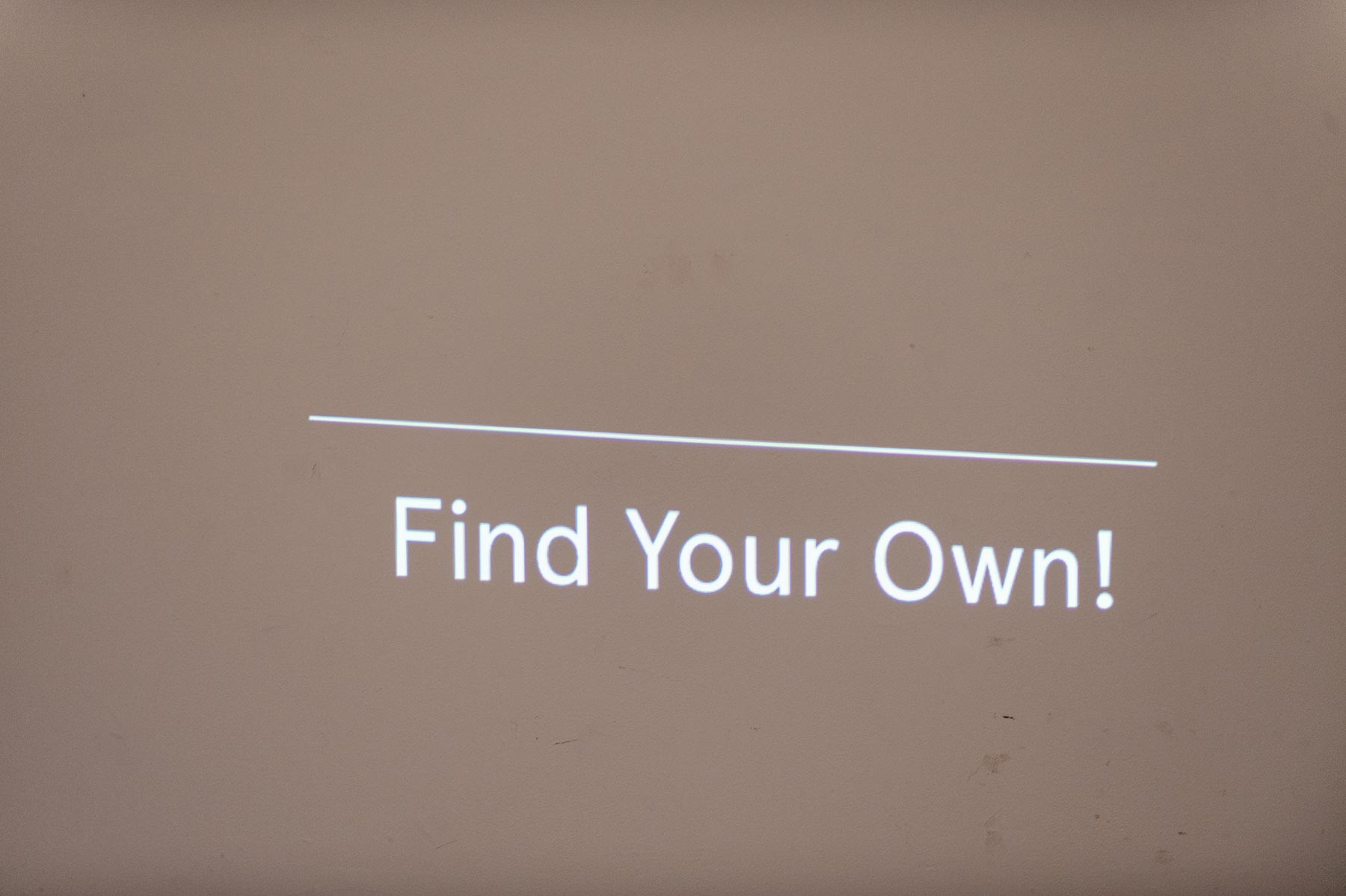 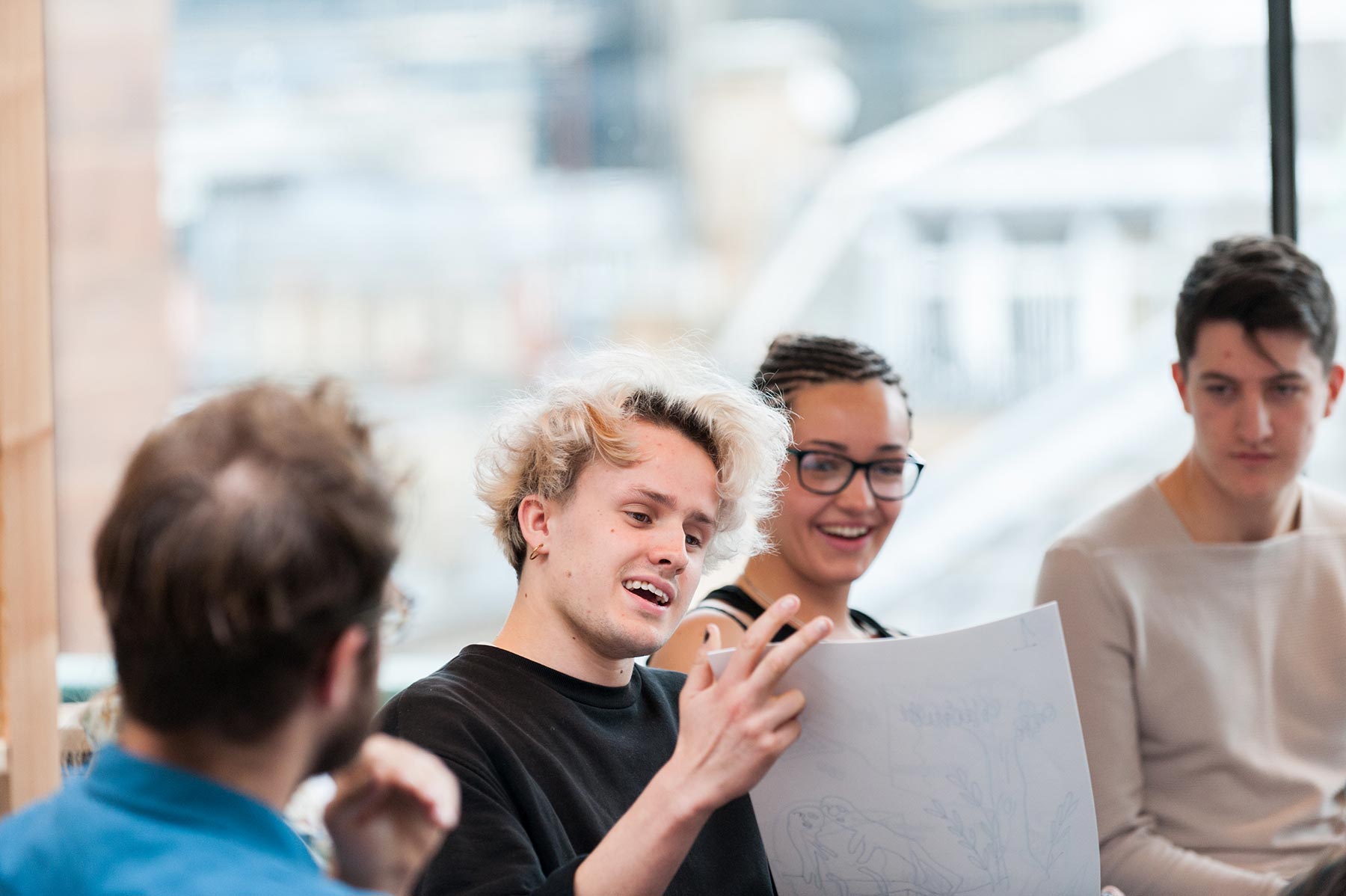 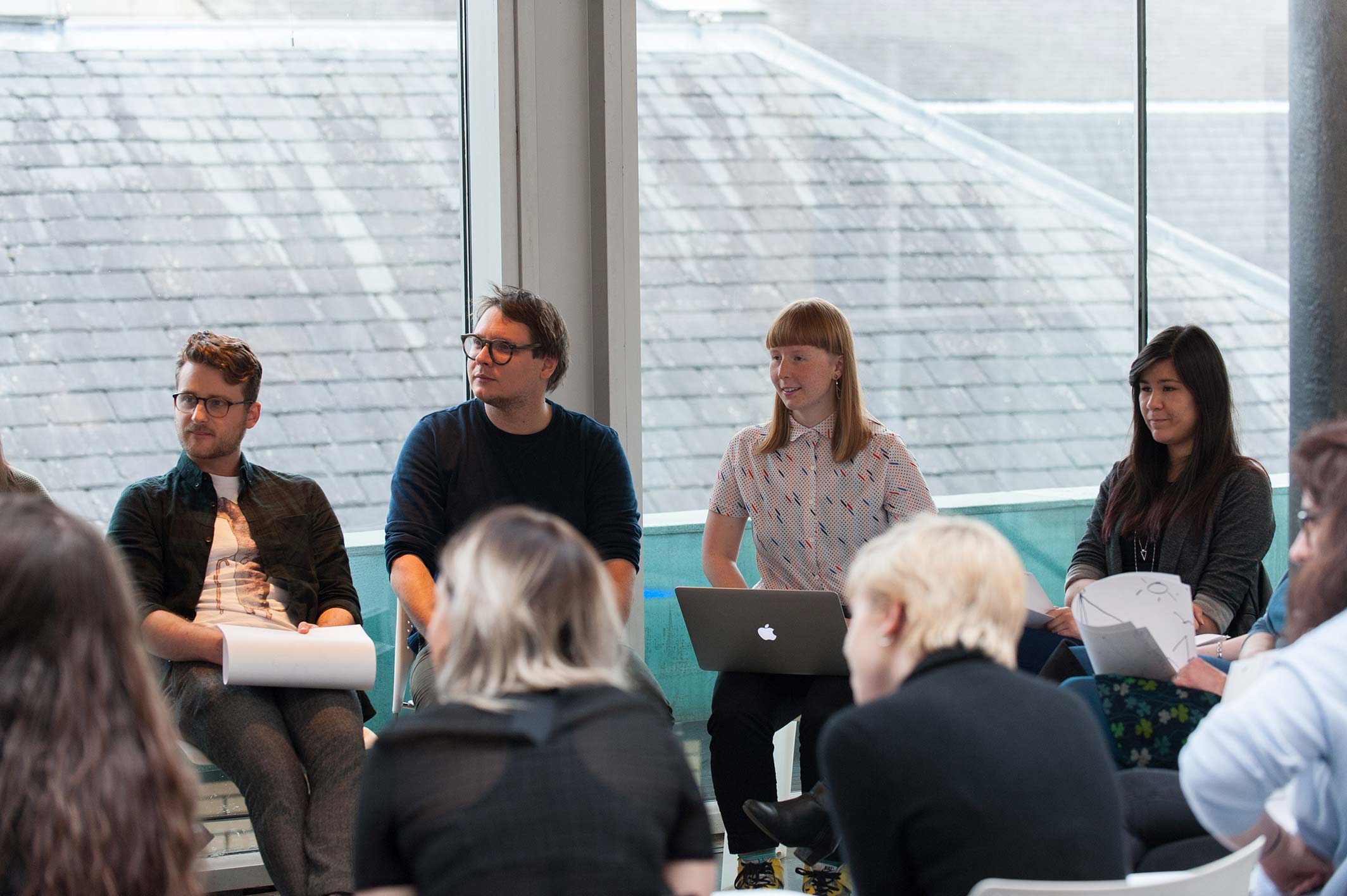 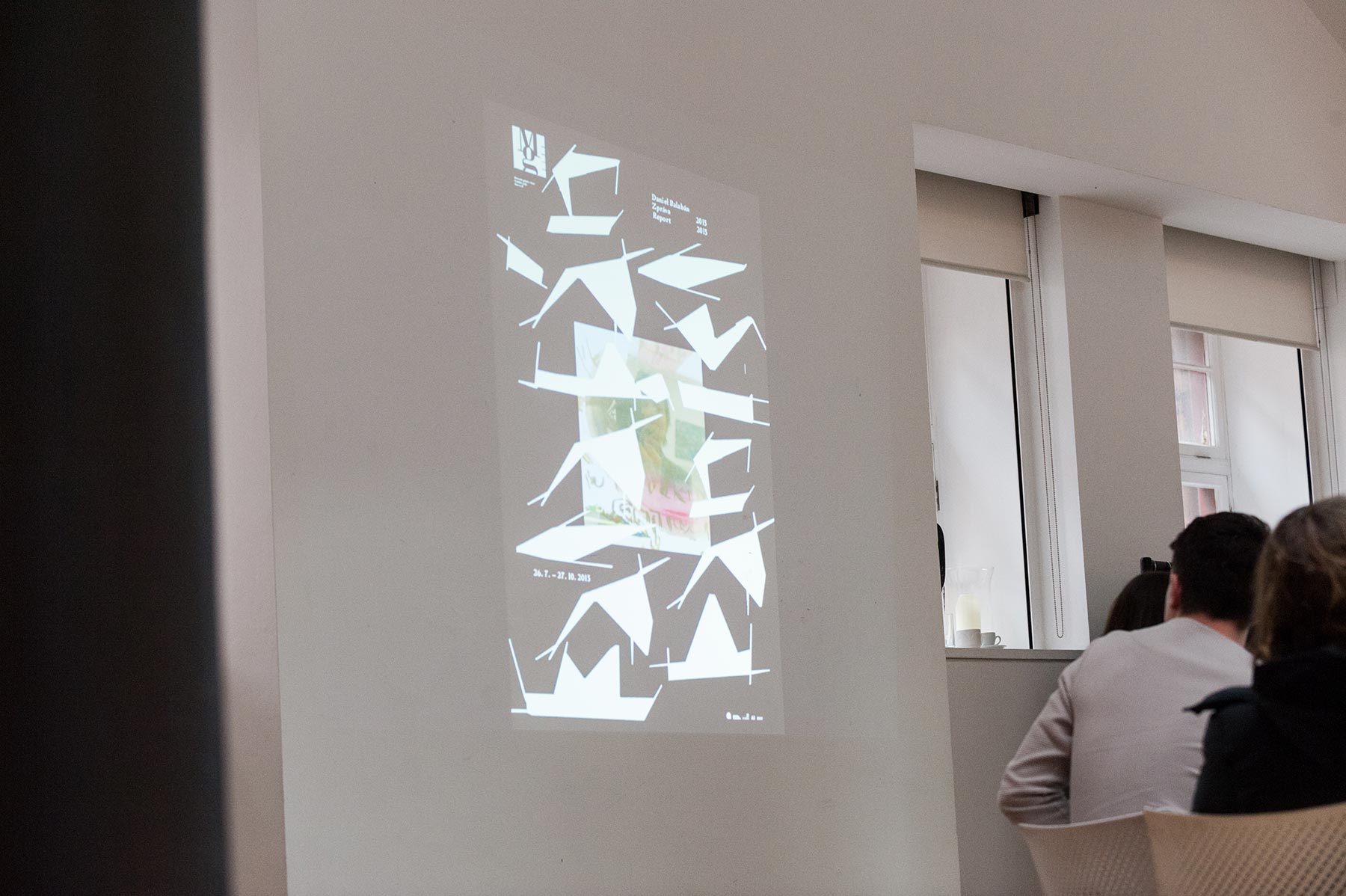 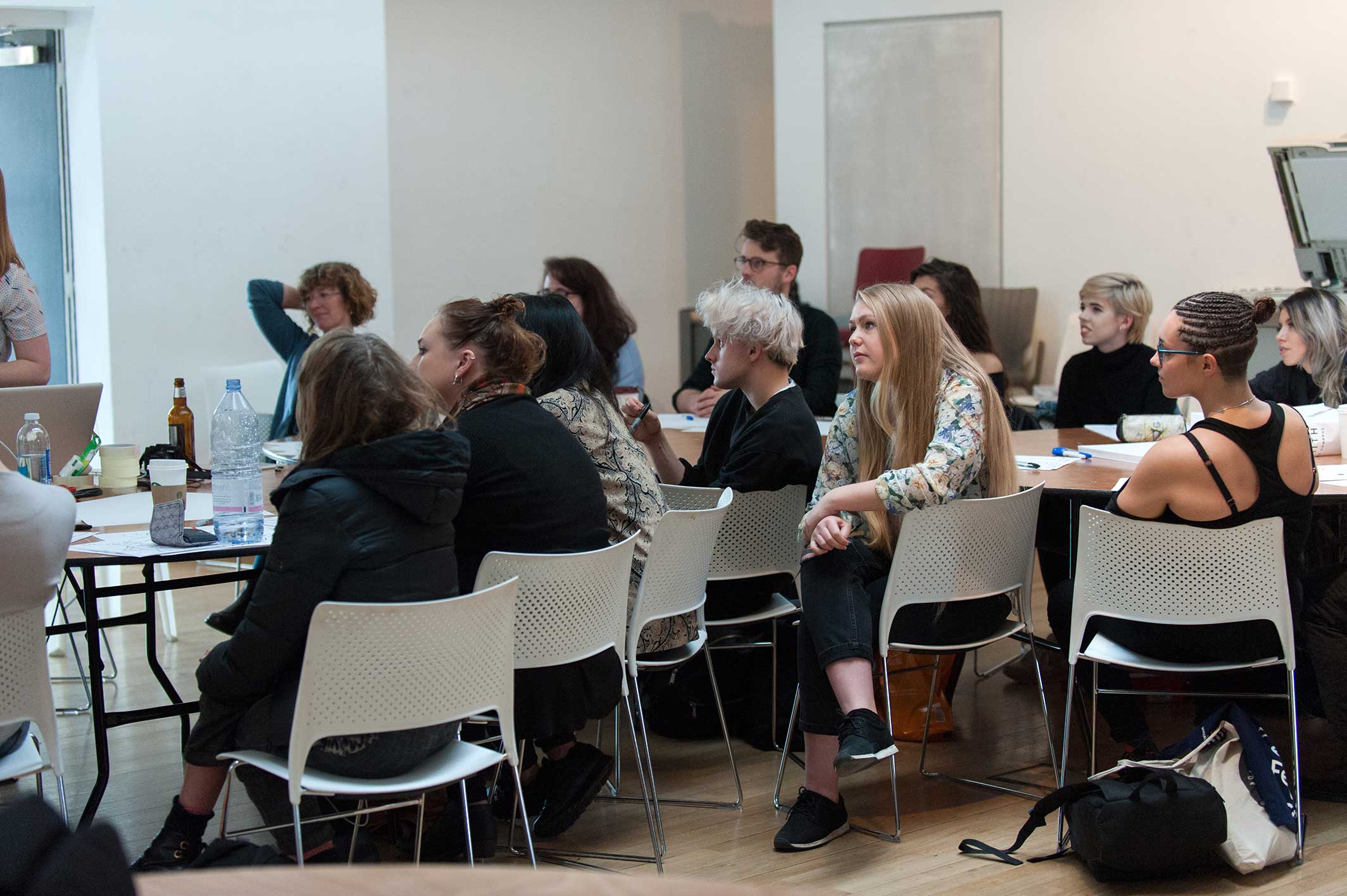 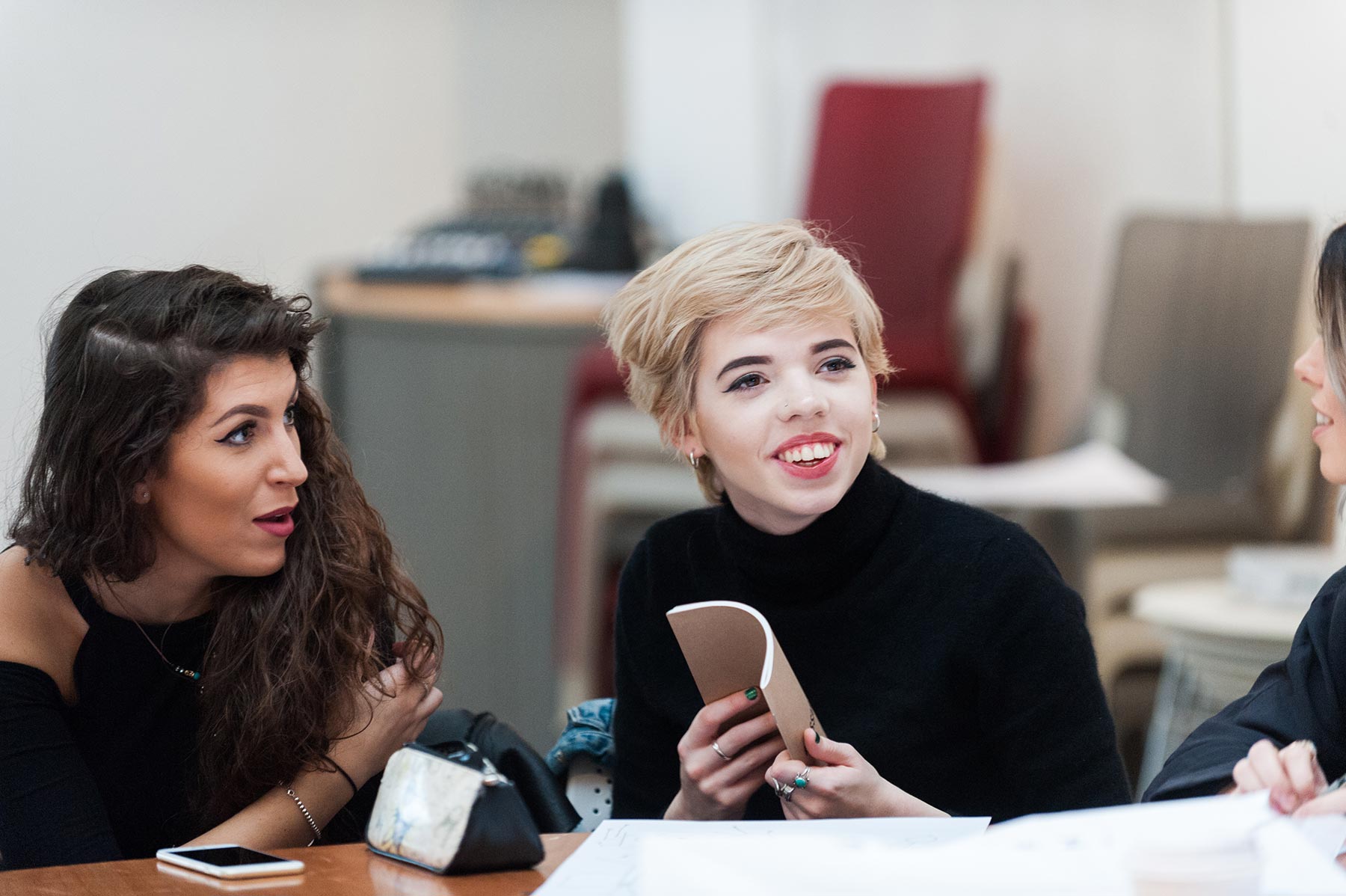 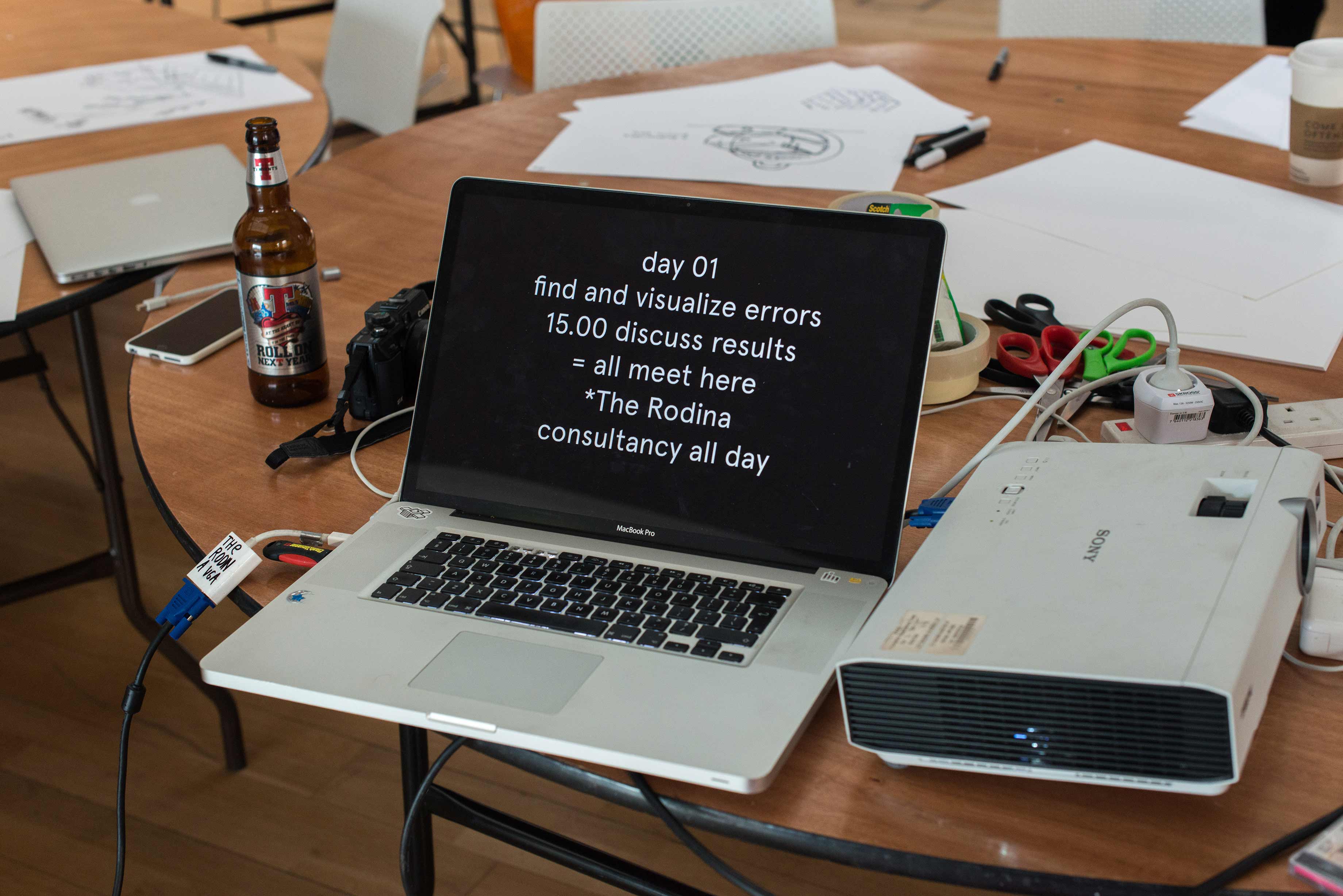 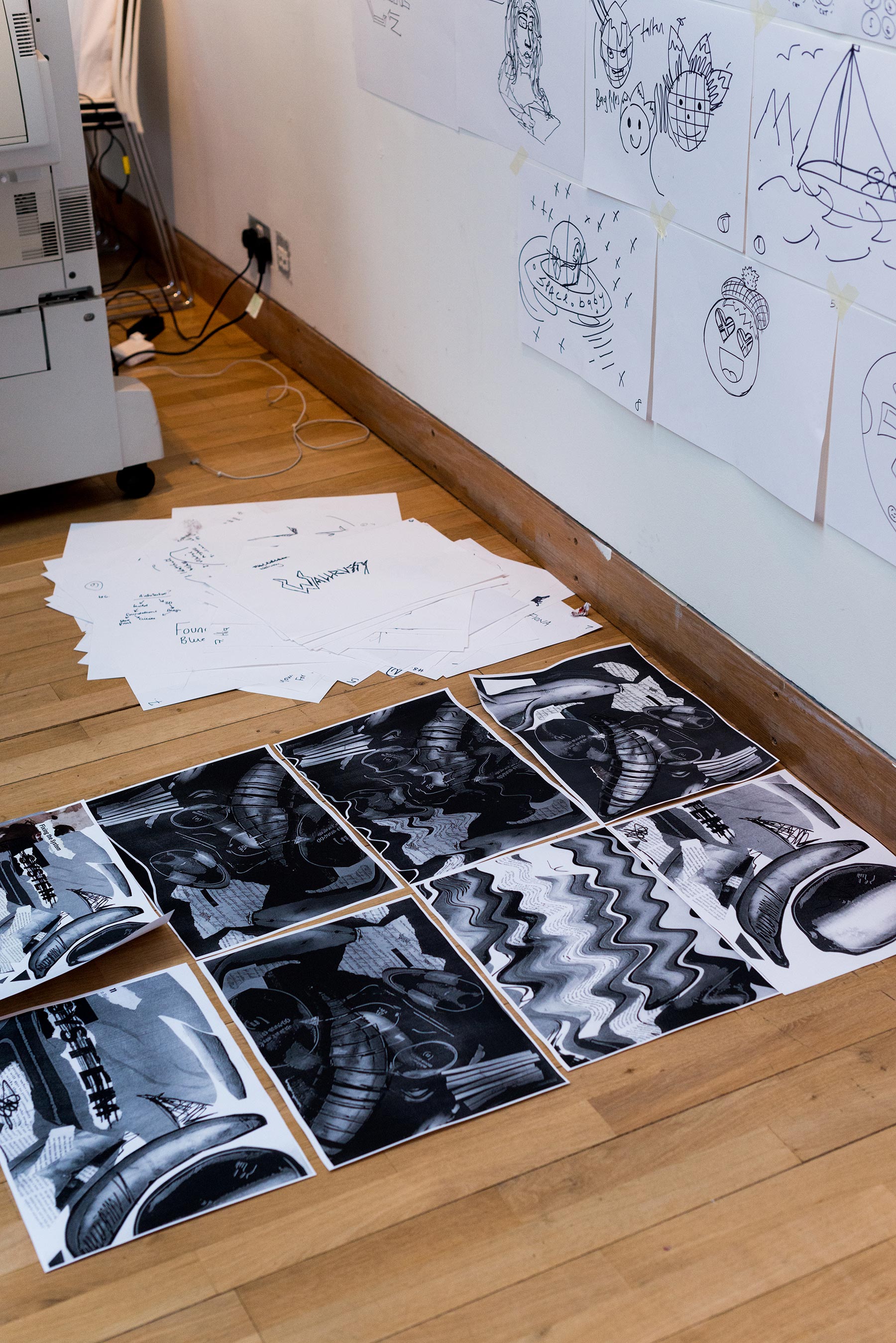 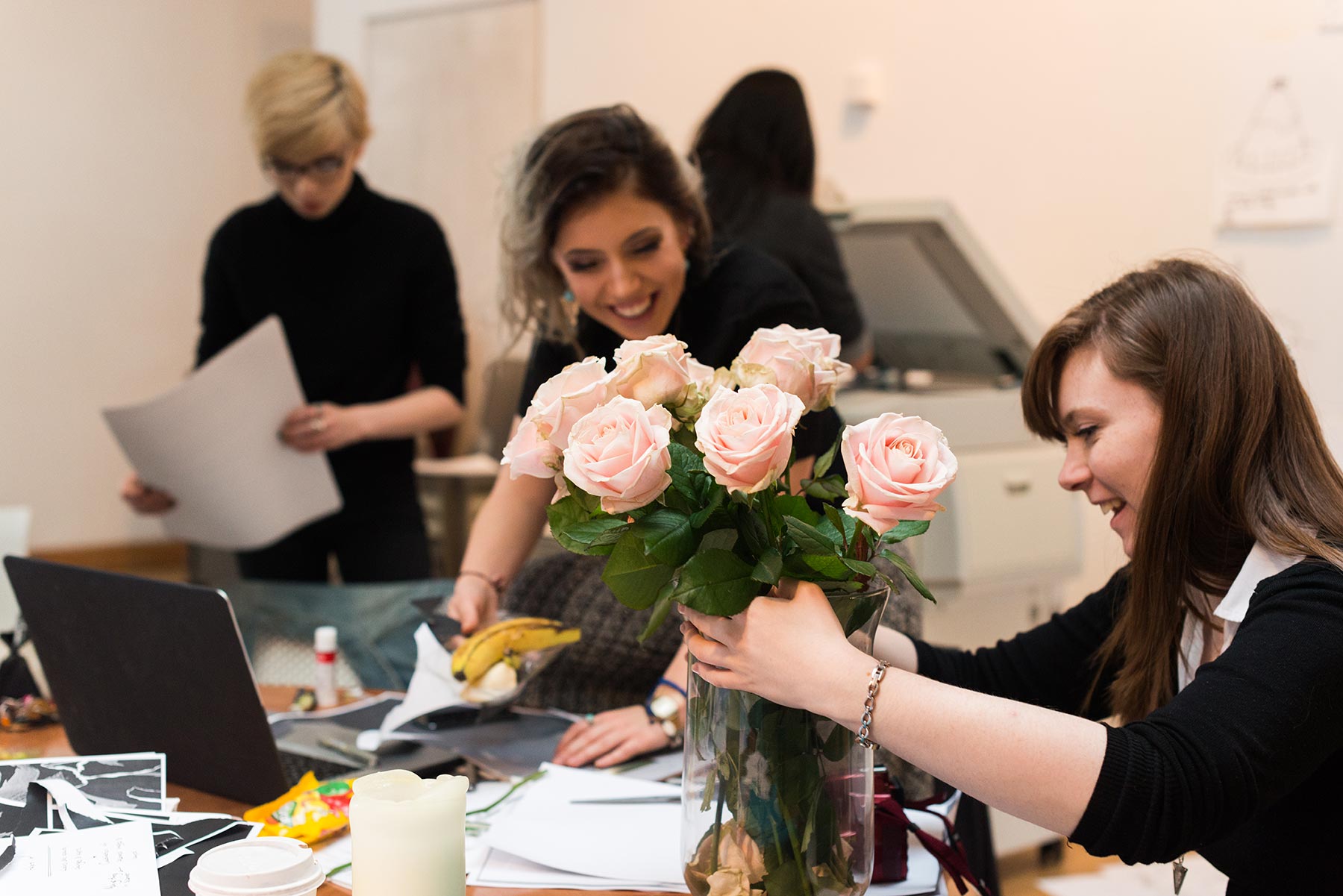 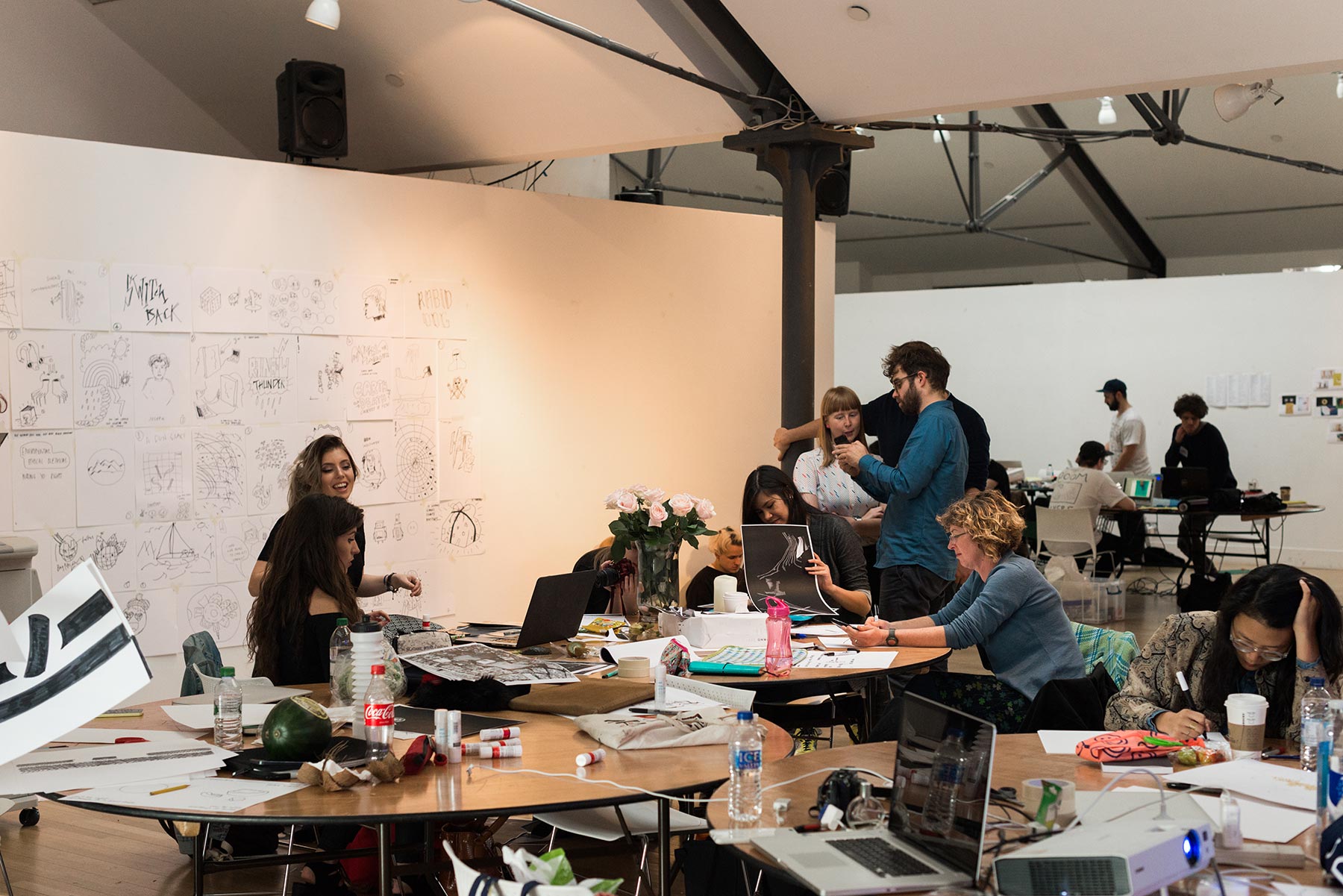 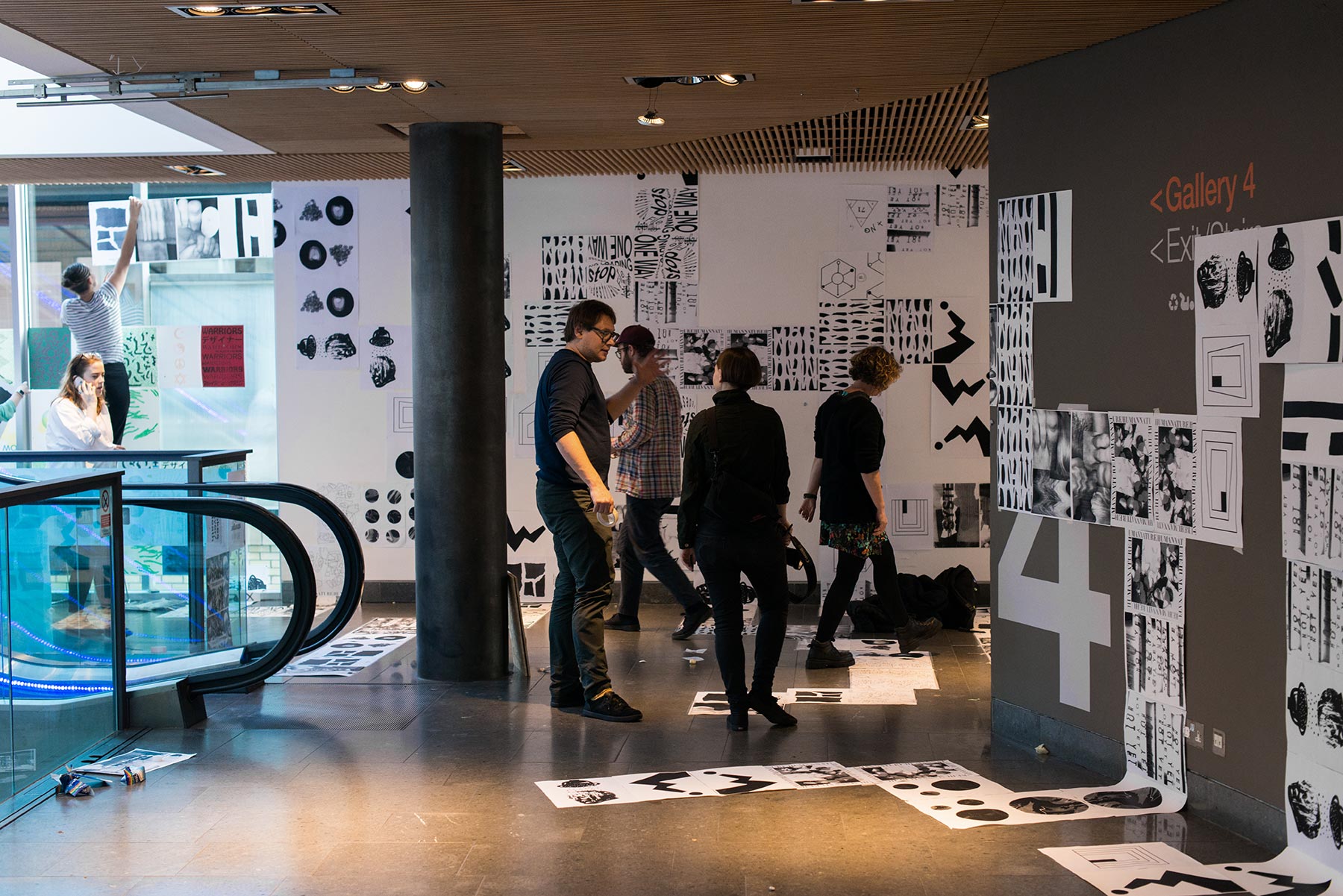 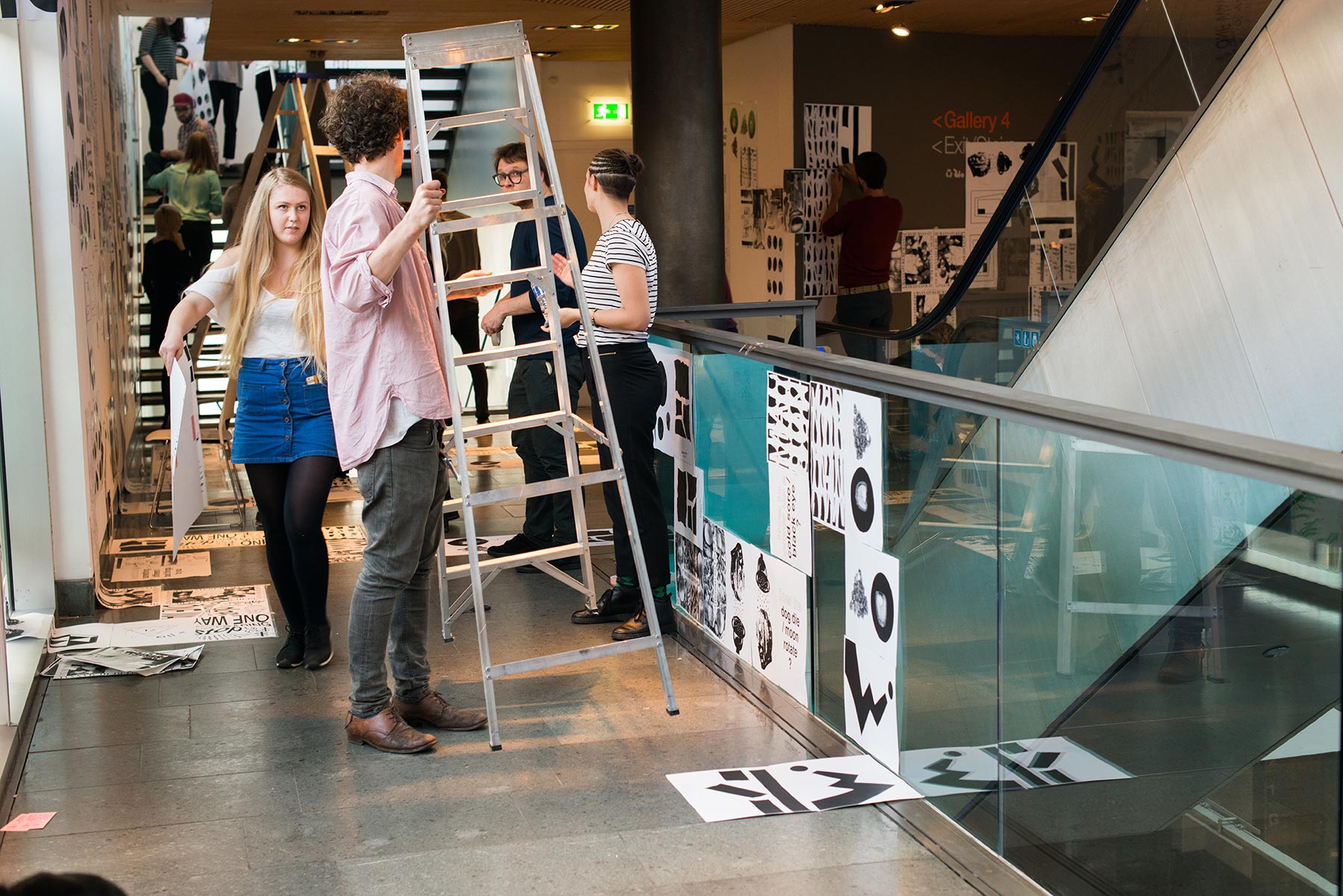 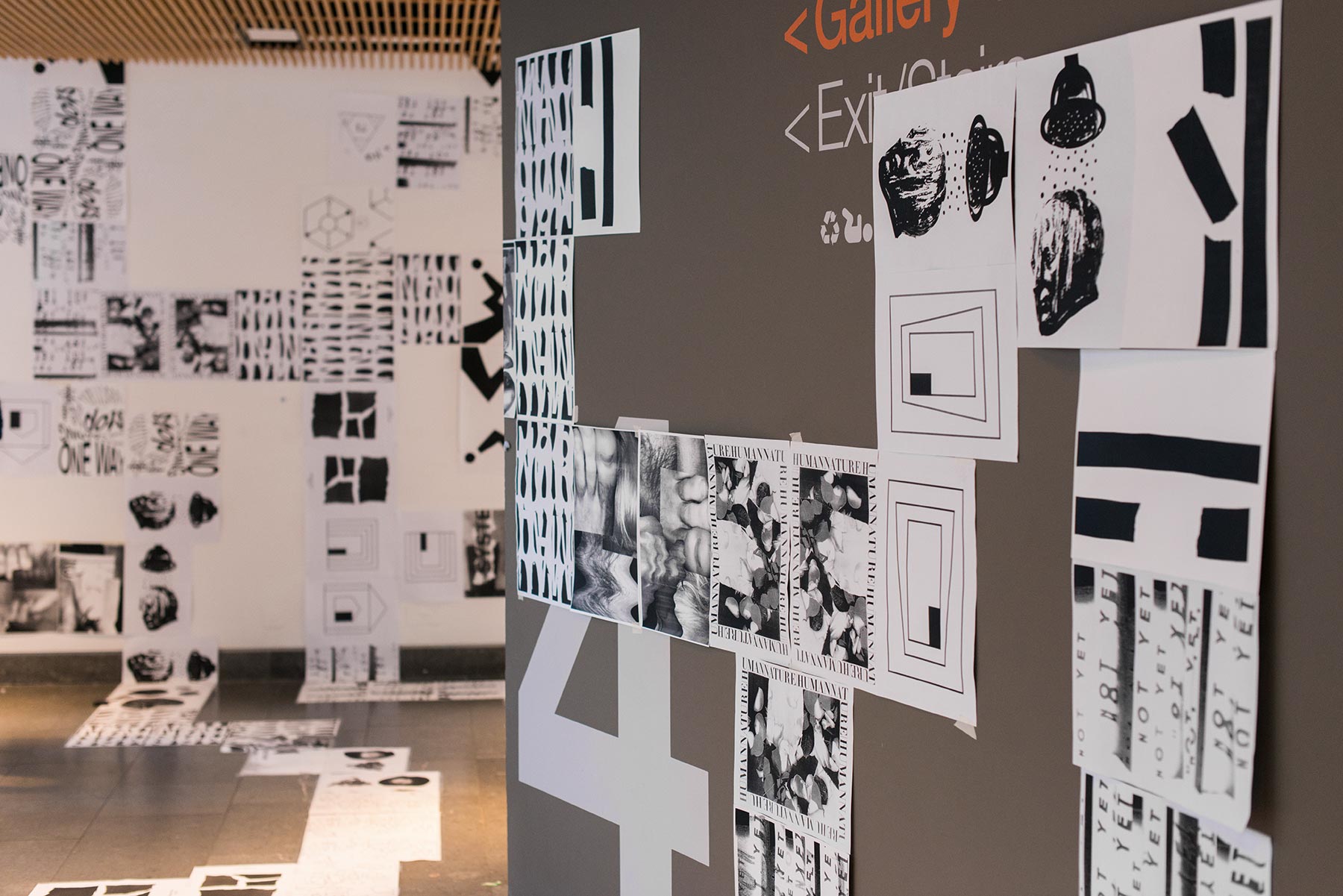 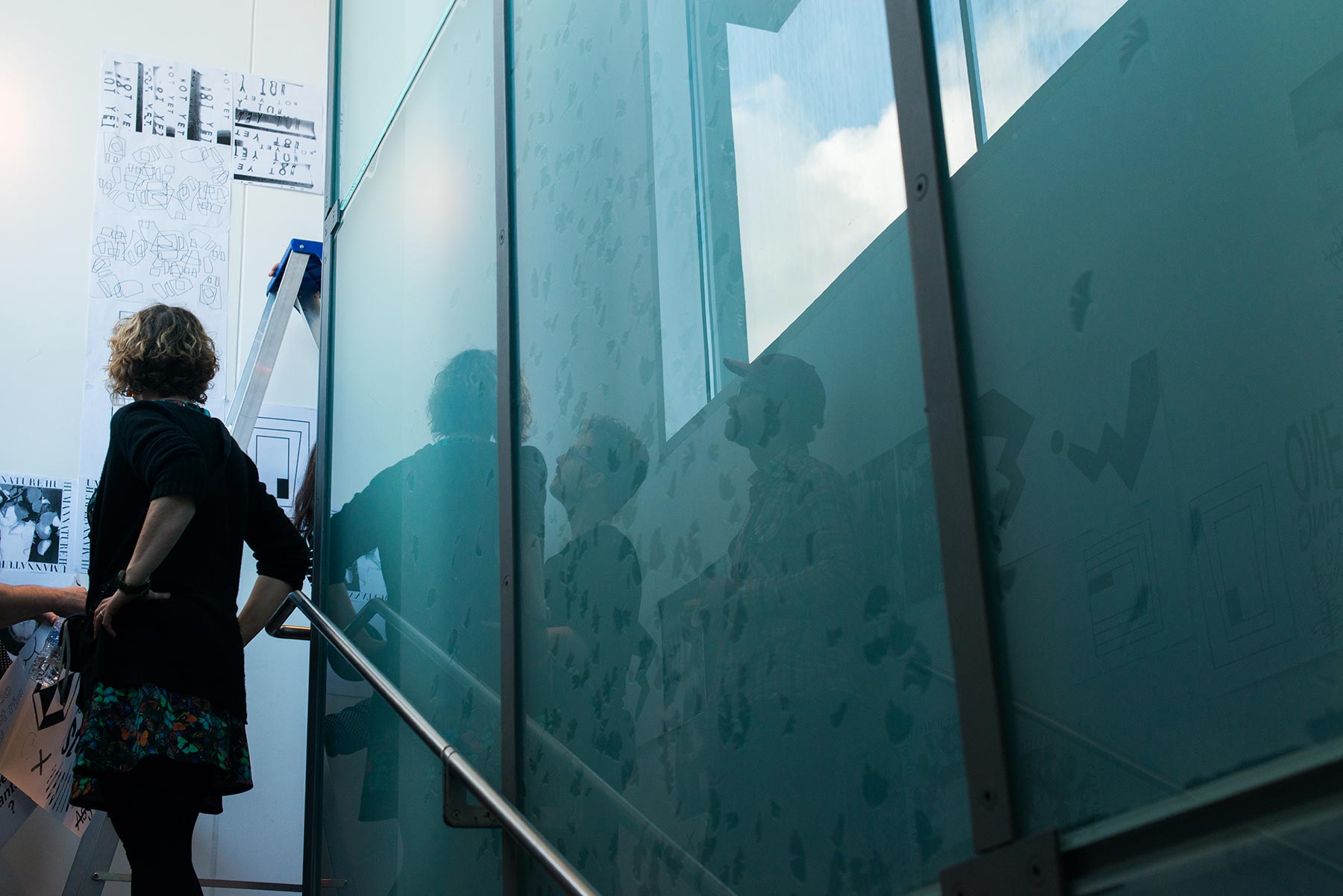 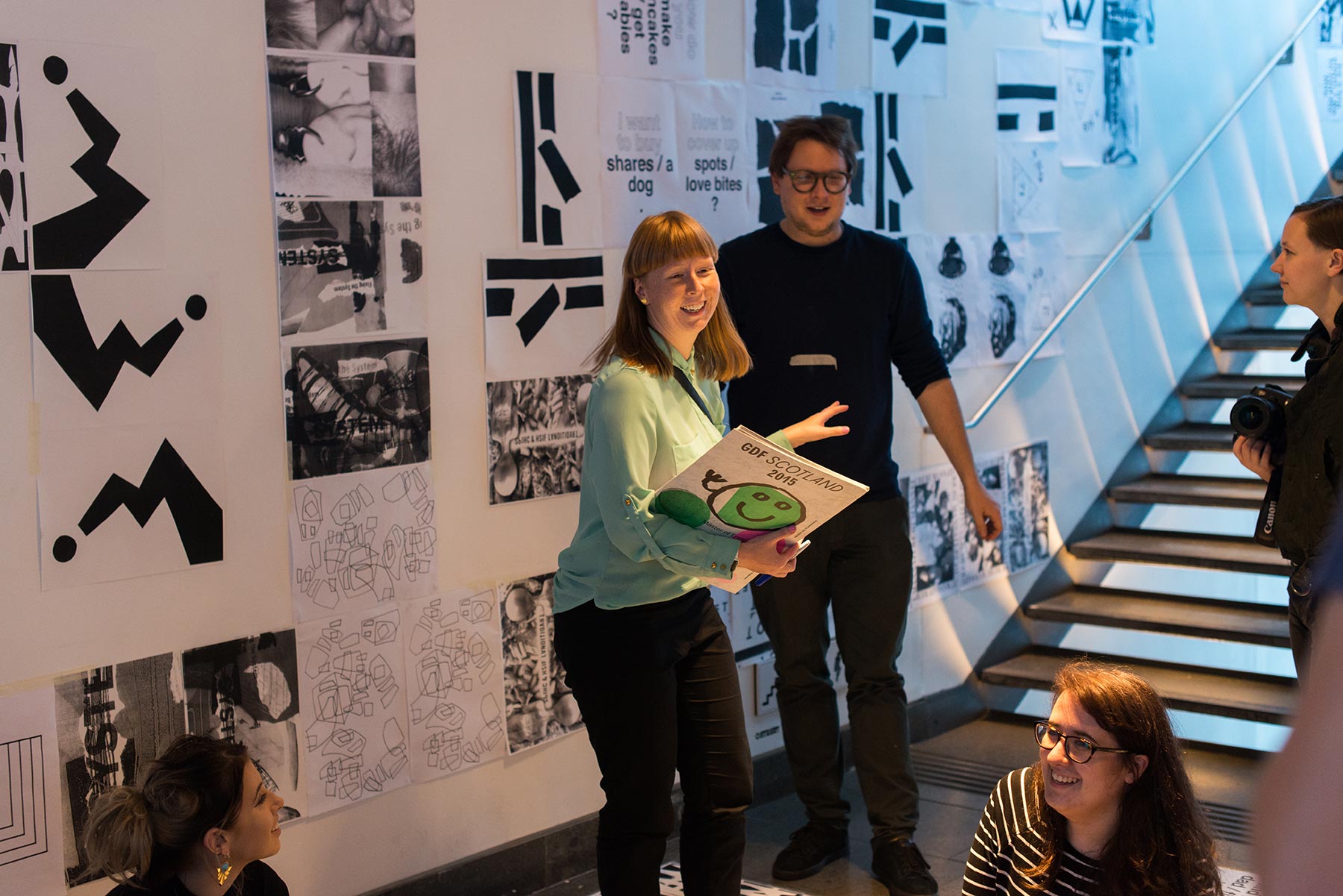 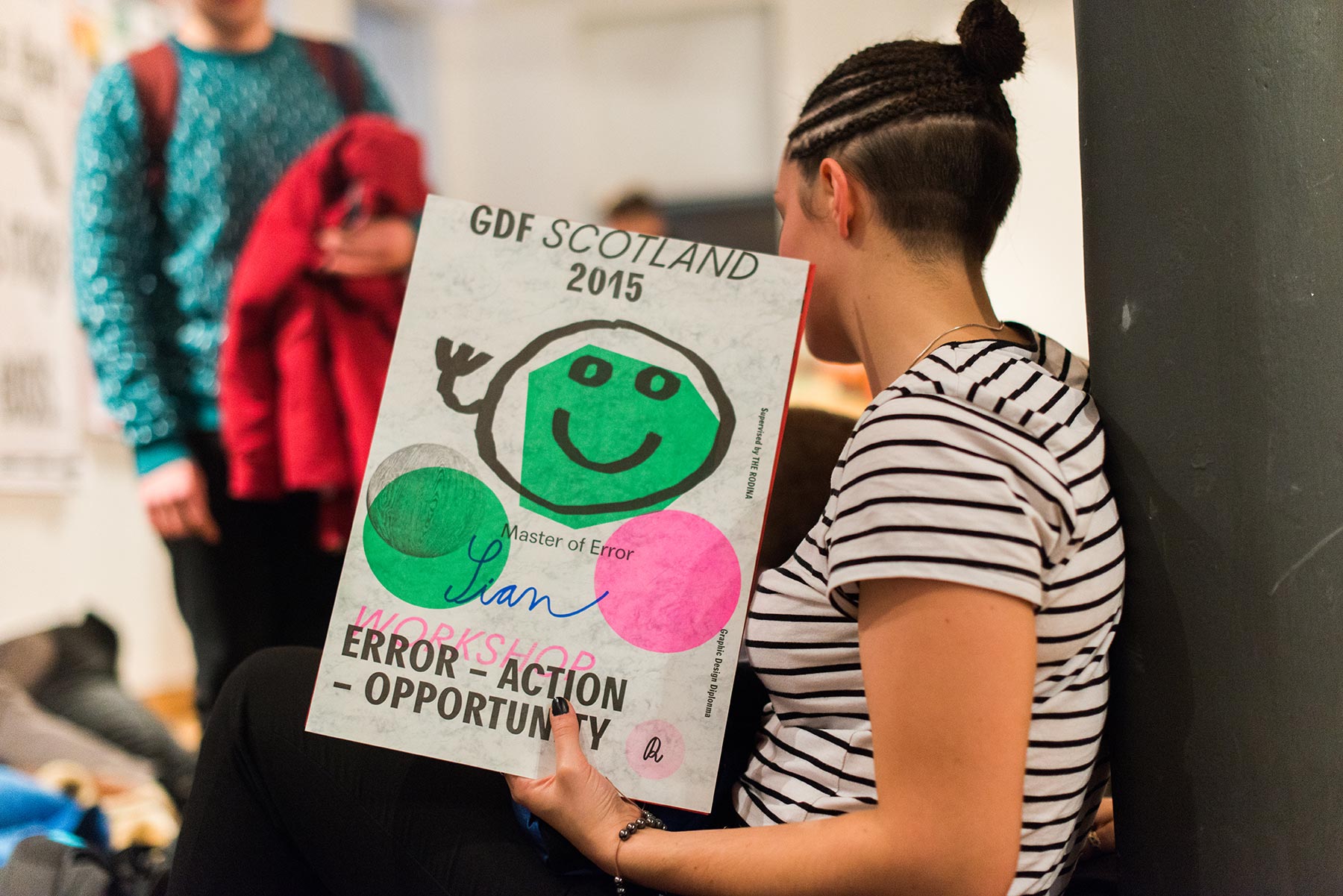 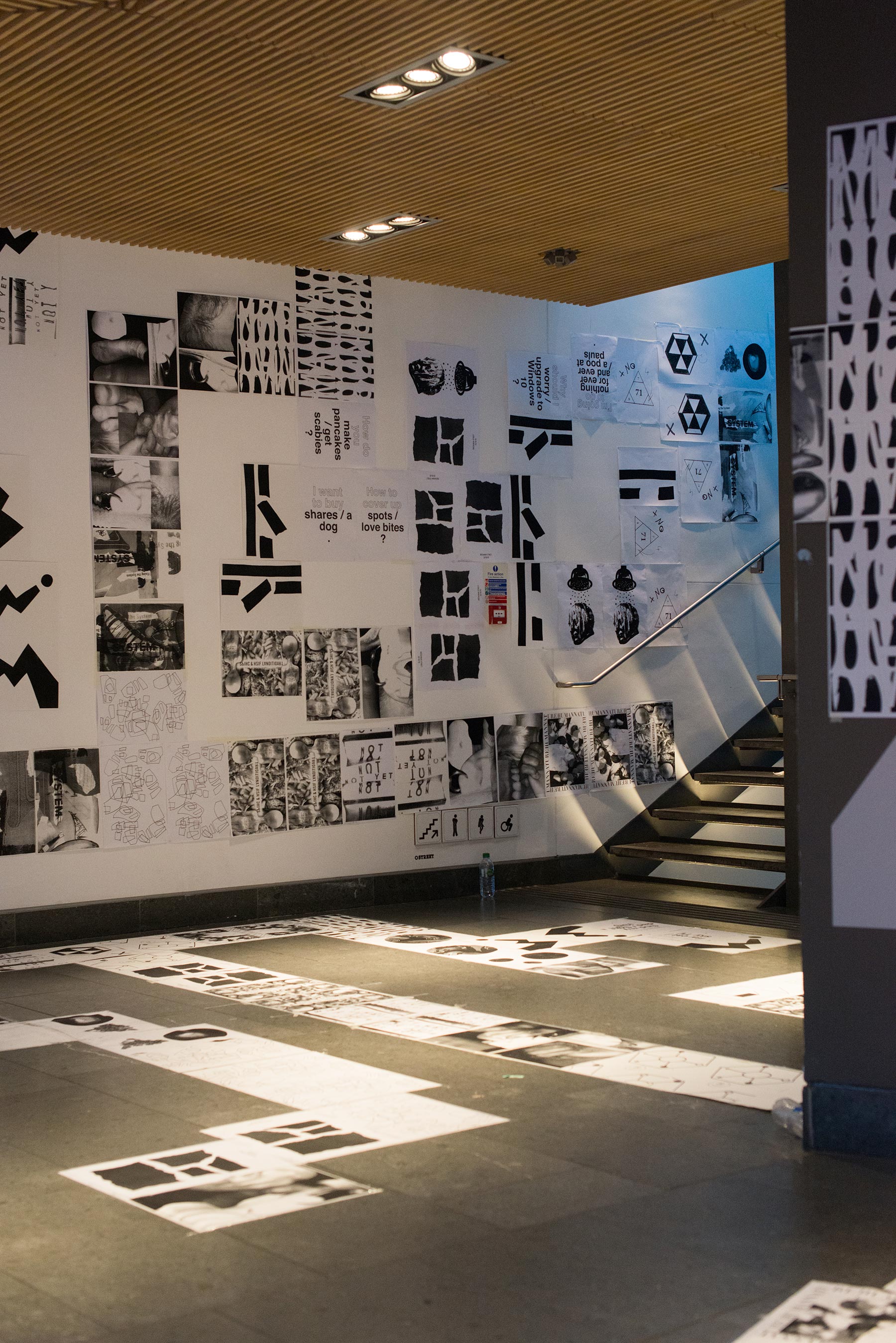 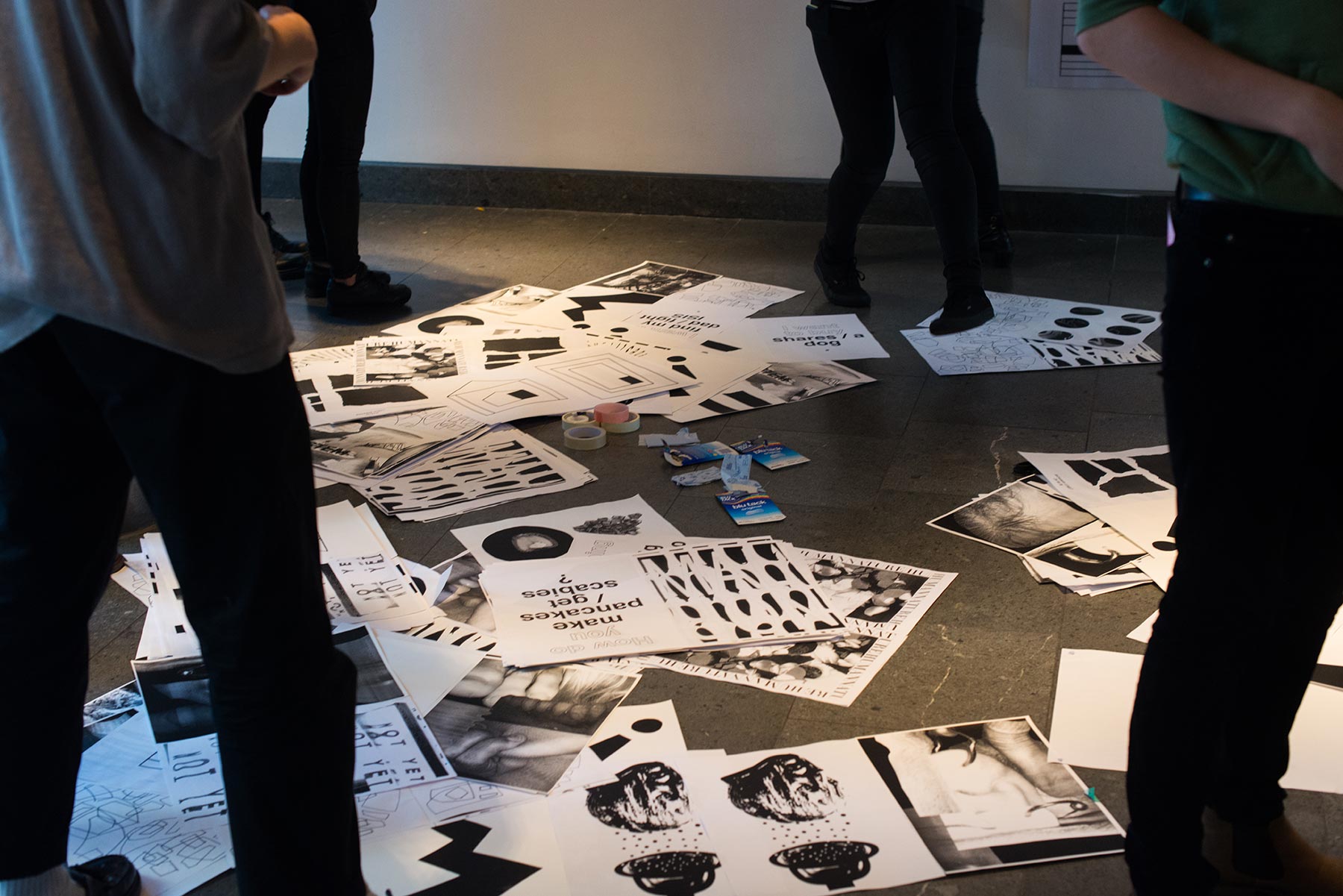 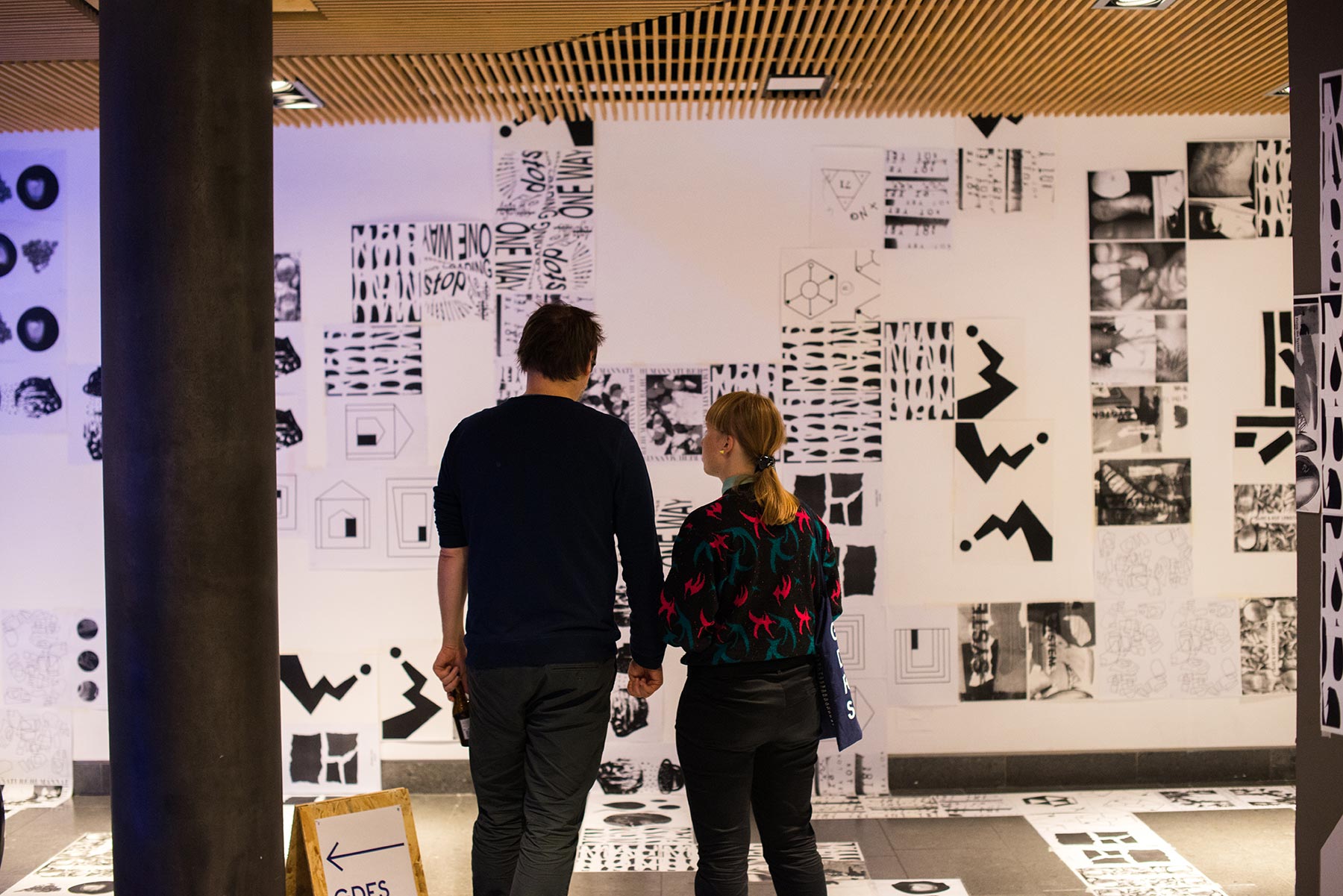 Tereza and Vit Ruller are Czech-born, Netherlands-based independent graphic designers, founders of The Rodina and researchers who work on commissioned design projects, while also experimenting autonomously. They invent the ways how experience, knowledge and relations are produced. They are interested in connections between culture, technology and aesthetic. The studio creates events, objects and tools as the nodes of complex networks. The Rodina specialises in interactive projects, print, video, performances and physical installations. This crossmedia approach allows them to examine communication as thousands of small interactions which lead to actions. Projects by The Rodina are multilayered open systems. 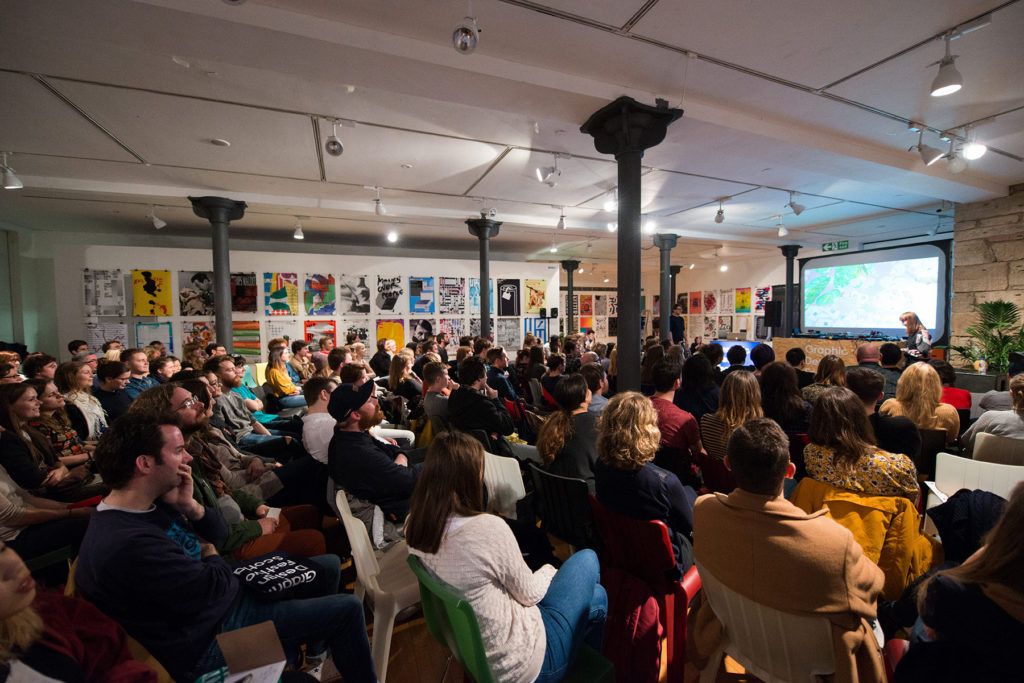 5 distinct voices within the visual communications industry introduced themselves and highlights from their work before discussing the future of graphic design together through a panel discussion facilitated by Rob Alderson. Speaking and participating on the panel, we welcomed Colophon, The Rodina, HelloMe, Kate & Studio Moross and People of Print. The variety of subjects […] 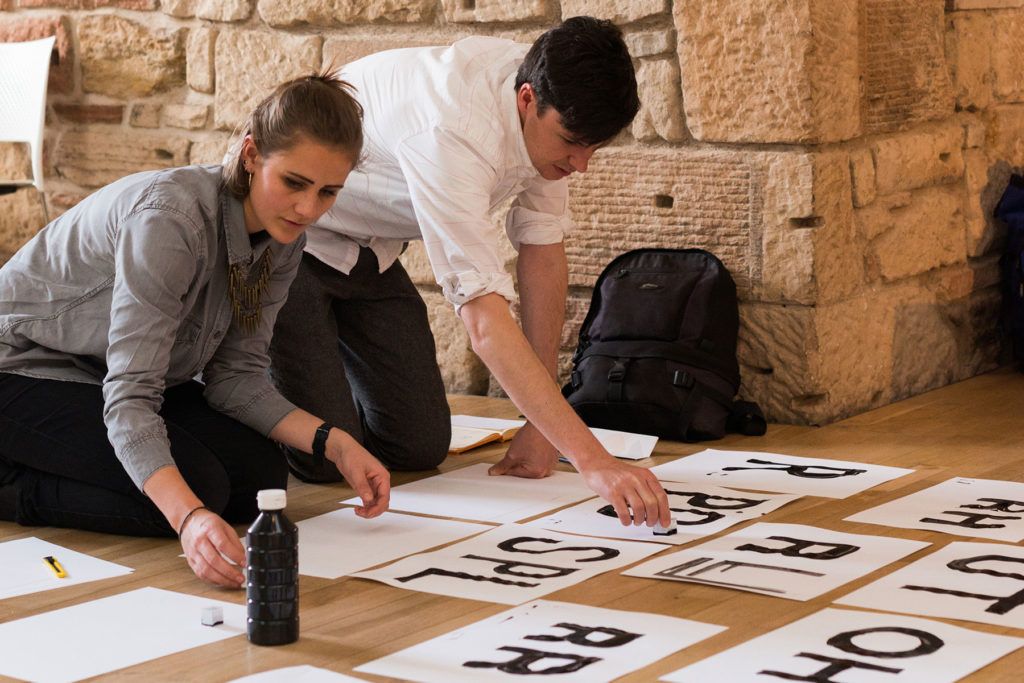 Colophon introduced their workshop team to the process of type design, from research stages through to the creation of a usable font. With the surrounding area of Glasgow acting as their starting point, participants developed a custom typeface or lettering based upon their findings and evidence. The workshop involved research, writing, the creation of participant’s […]