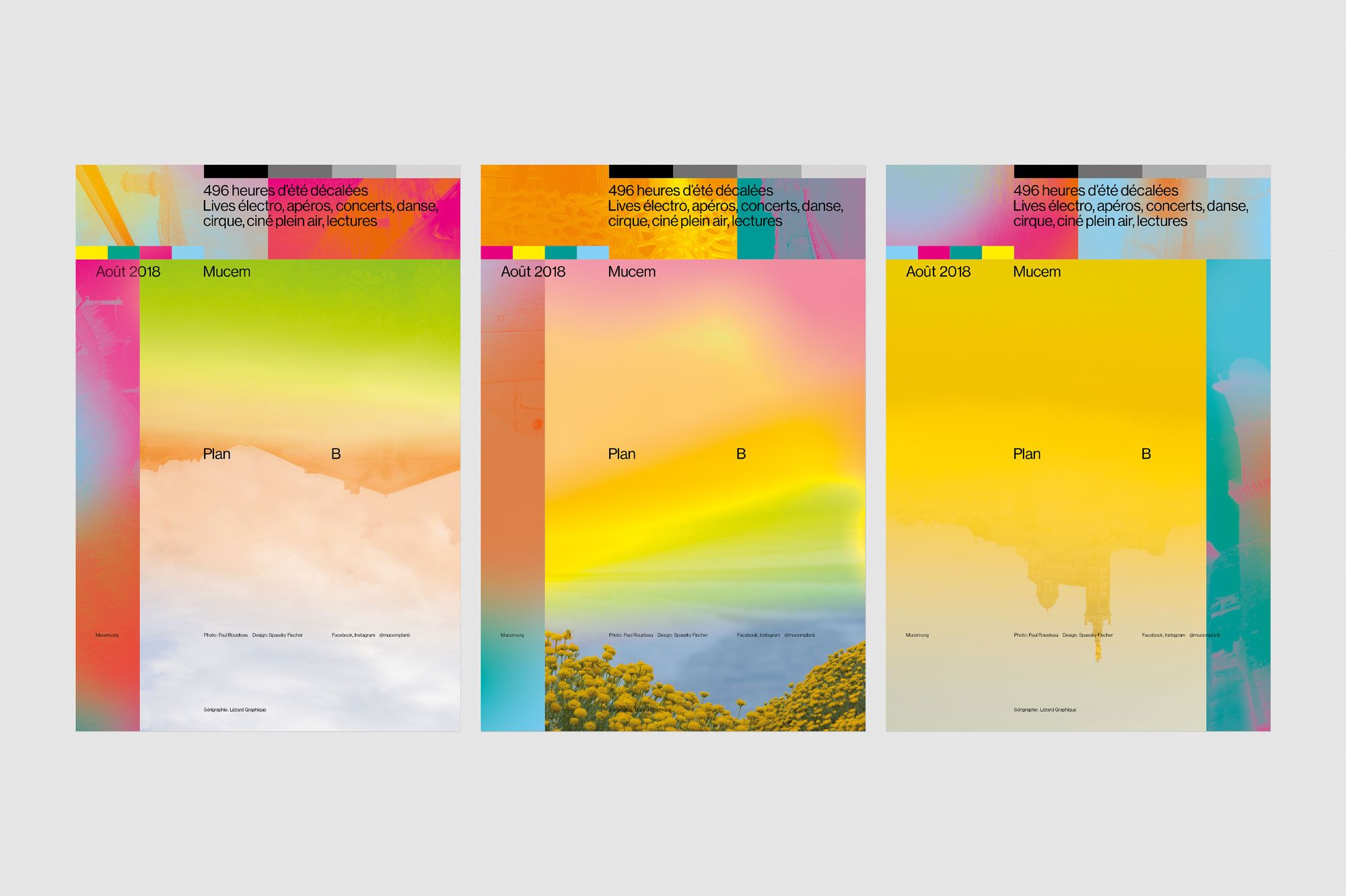 Receiving 6,973 entries from 102 countries, 2018 marks the biggest competition hosted by Graphic Design Festival Scotland since founding in 2014. 135 submissions (236 posters in total) were selected for exhibition which you can see at Graphic Design Festival Scotland in The Lighthouse until 25th November 2018, open 10am-5pm Monday to Sunday. The competition was judged by a panel of international judges including Shiva Nallaperumal from India, Aurelia Peter from Switzerland, Amelia Grounds of Letterform Archive from the USA and James Gilchrist of Warriors Studio from the UK. The brief was open and the posters were judged on their content, concept, and delivery with value placed on work which: - Alters perceptions or ways of thinking. - Offers creative solutions to problems. - Contributes to the discussion on current affairs. - Opens dialogue and provokes discussion for debate. - Makes innovative use of media or medium. If you'd like to find out more about the judging criteria, we'll be sharing the criteria and how the jury considers each submission in the near future. You can read comments from the jury on each of the winning posters alongside interviews with 11 selected designers and see all 236 posters in the International Poster Book, available in the GDFS shop. After much discussion and deliberation, the jury are pleased to share the winners of Graphic Design Festival Scotland's 2018 International Poster Competition. 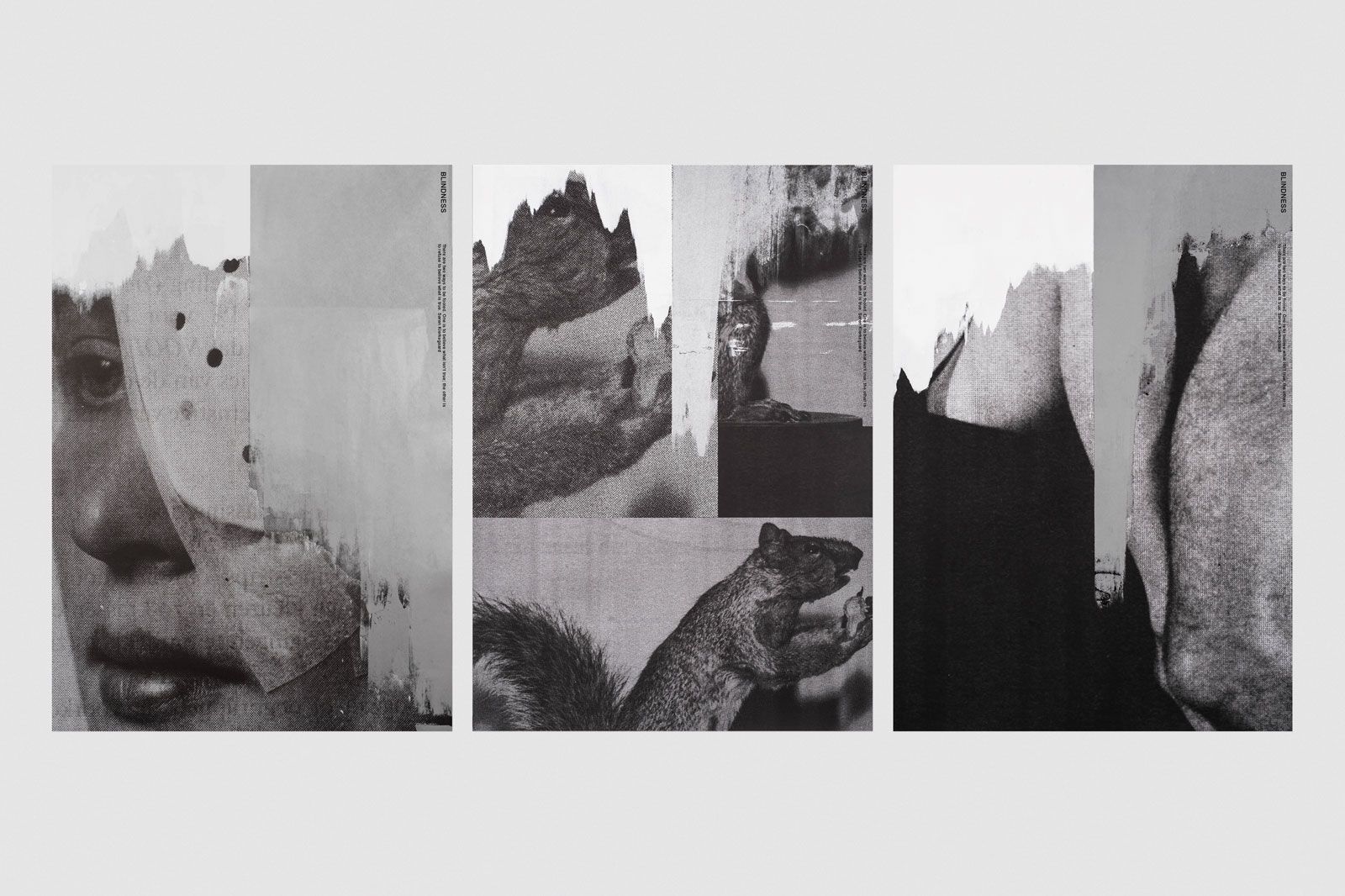 The posters were designed for the publishing of photo book 'Blindness (Aveuglement)' by Infrared Press based in Seoul, South Korea. The poster was created with image archiving, analogue and digital collage, offset printing and screenprinting. There are three media which play a fundamental role as a major source of entertainment for the public, to help turn their interests off from politics: sex (pornography), sports and cinema. However, this type of unconscious control over the public is still effective in modern society and variated in different ways in modern society around the world. Through the vertically divided composition of images and background which arouse two eyes and these three media; sex, sports and a screen, the posters ask the spectator about their unconscious political passivity and the meaning of the word that ‘blindness’ contains. 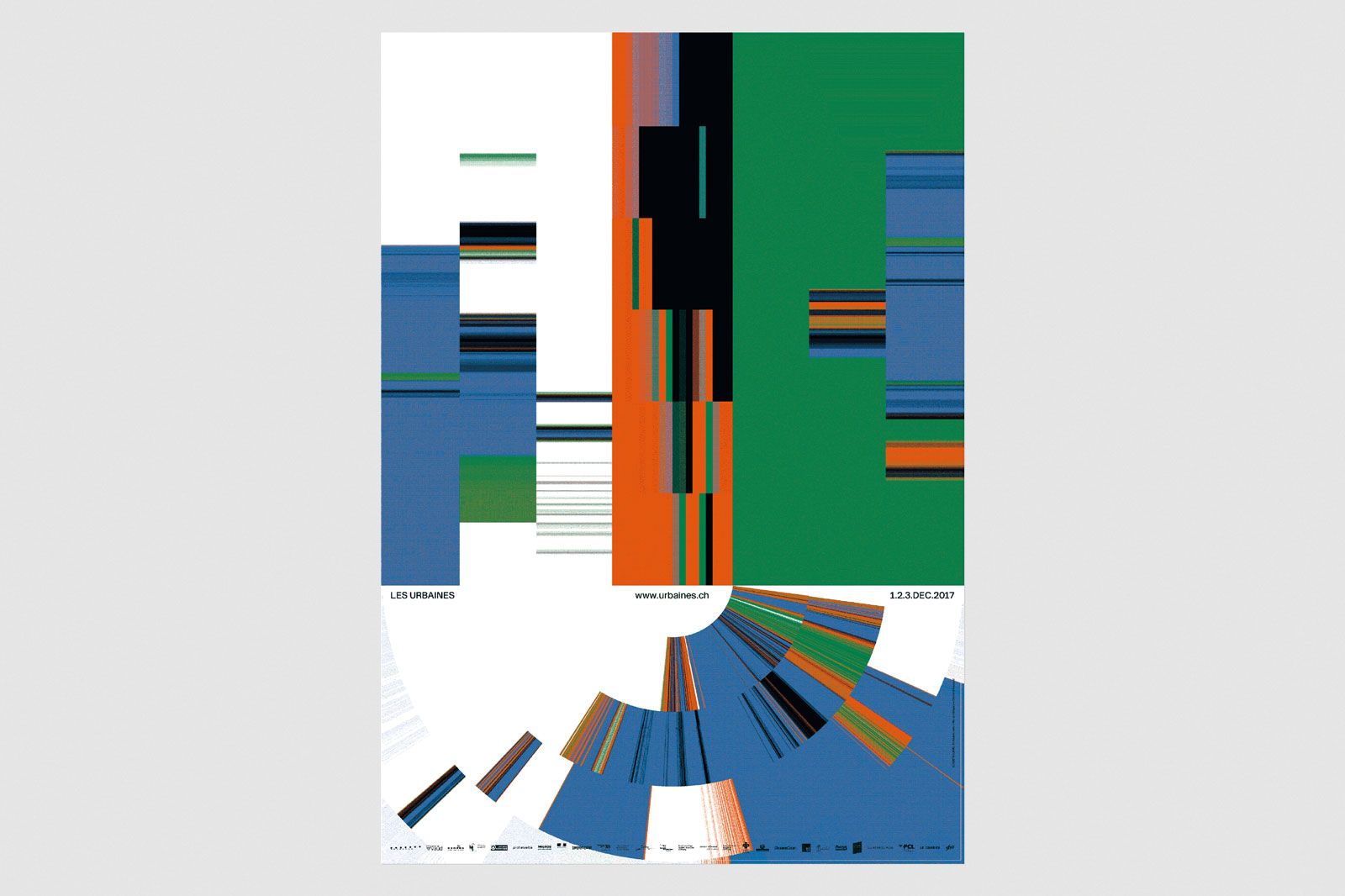 The poster was designed for Les Urbaines Festival 2017 in Lausanne, Switzerland. Over the course of three days, 40-odd performances, shows, artworks, concerts, DJ sets and workshops—entirely free for the public—take over the festival’s different venues in Lausanne and Renens. EUROSTANDARD say:

"The essence of the communication for the 2017 edition was created in part from a smartphone software. The objective was to be able to produce, process and, if necessary, animate the content subsequently declined on different media. Graphical experimentation using "new" technologies is one of the main approaches of the Eurostandard collective, without remaining on the surface of what they propose. The posters is printed in silkscreen, in 3 colors by Lézard Graphique.

Because of the small print run, we decided to focus on the visual rather than the typeface layer. The idea is to use the initial U on every support of the communication (animated and fixed.) Every poster is different, three colors are used to create many. Up close there are a lot of details, from far away just a big U. The poster is divided in 4 parts created with the abstraction of artists images. 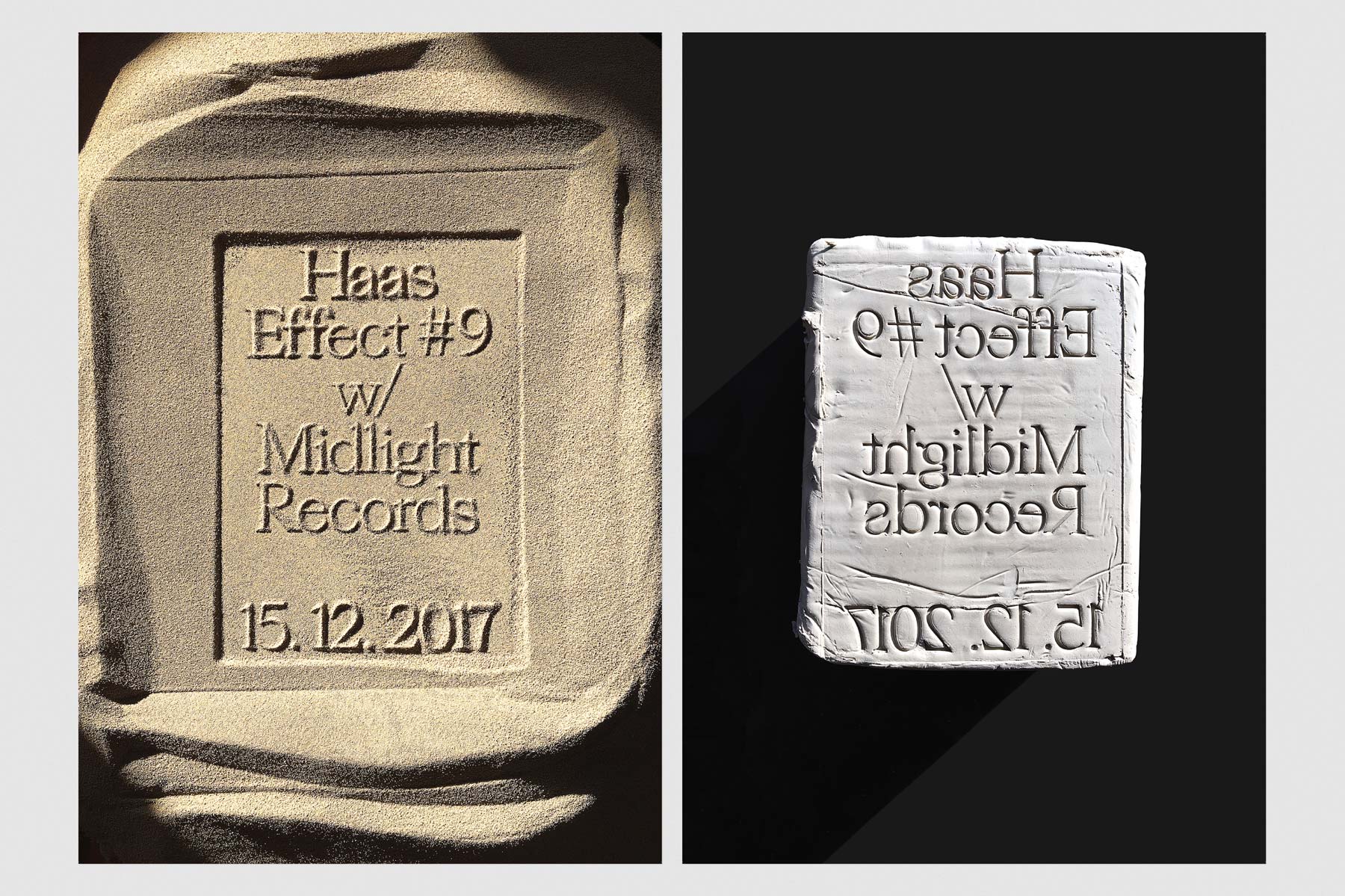 The poster was designed for Prague music record label Endless Illusion and created by producing a stone stamp which was printed into sand. Jan says: "So far the last event from the series of the Haas Effect. The main intention was to escape at least for a while the computer area. The poster is a diptych composed of two posters, the first is the stamp, the second is the printed result into the sand." 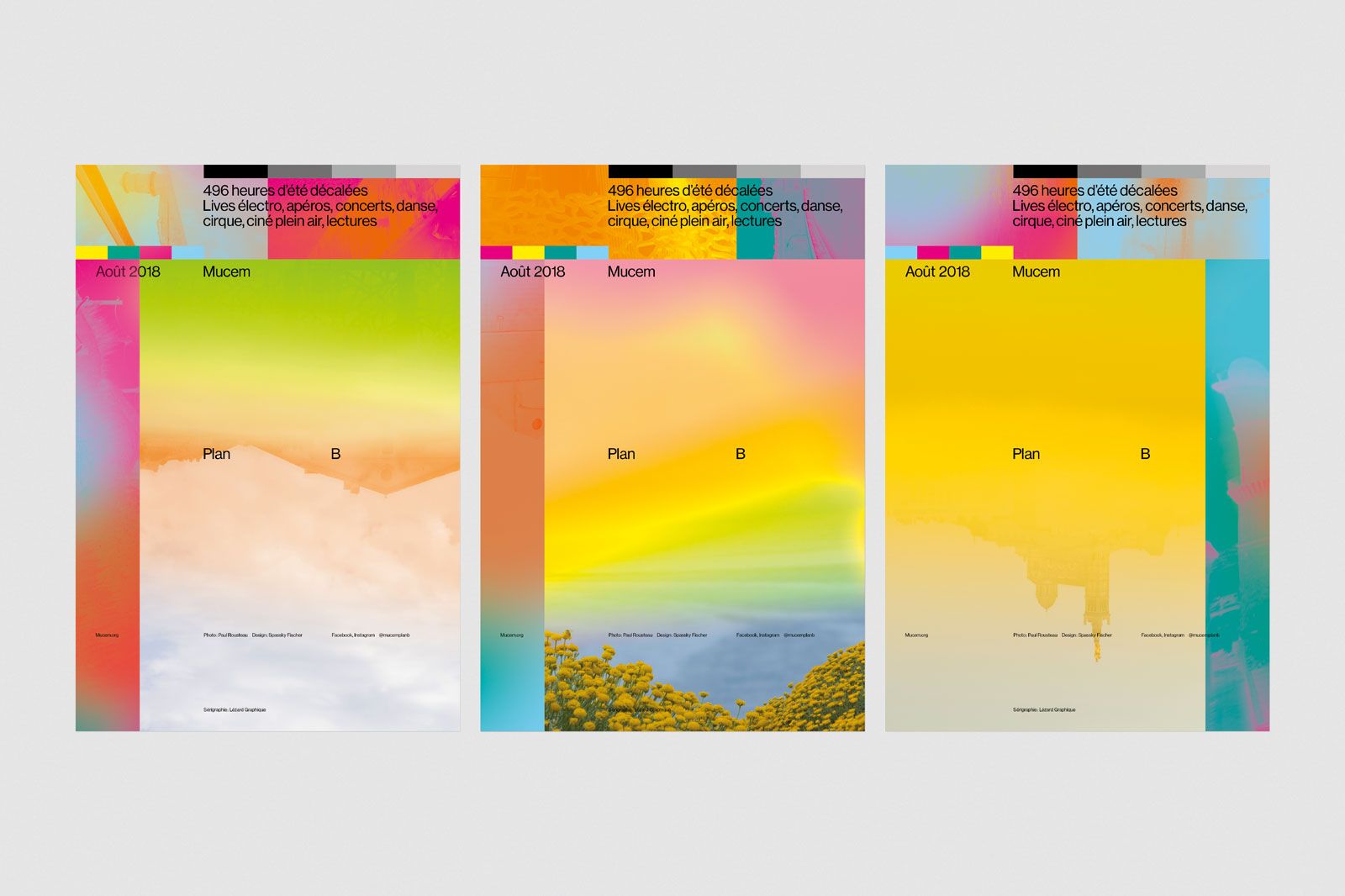 The posters were commissioned by the Museum of European and Mediterranean Civilisations (Mucem) and made from photographs of the Mucem by Paul Rousteau. The series are silk screen printed by Lézard Graphique at 120 x 176 cm.

Graphic Design Festival Scotland’s International Poster Competition welcomes posters submissions from established agencies and budding designers alike from all corners of the earth. Each year a new jury is invited to review and critique the submissions. A selection of the submissions which are highly rated are then curated for exhibition and publishing in the accompanying […] 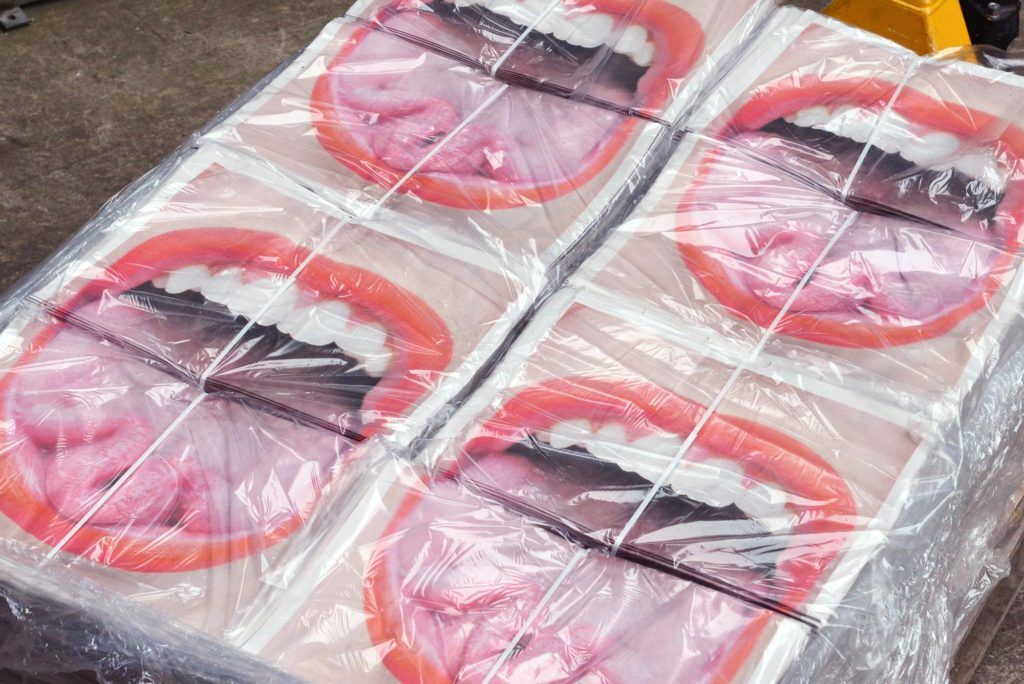 Flumadiddle is a showcase of local and international artists and designers curated by Warriors Studio: “We asked artists and designers who inspire us to create a piece of work in response to: Flumadiddle. Noun. [fluhm-uh-did-l] definition: utter nonsense Nonsense is communication that lacks coherent meaning. Nonsense is absurd, ridiculous and inconsistent. Be useless and be […]