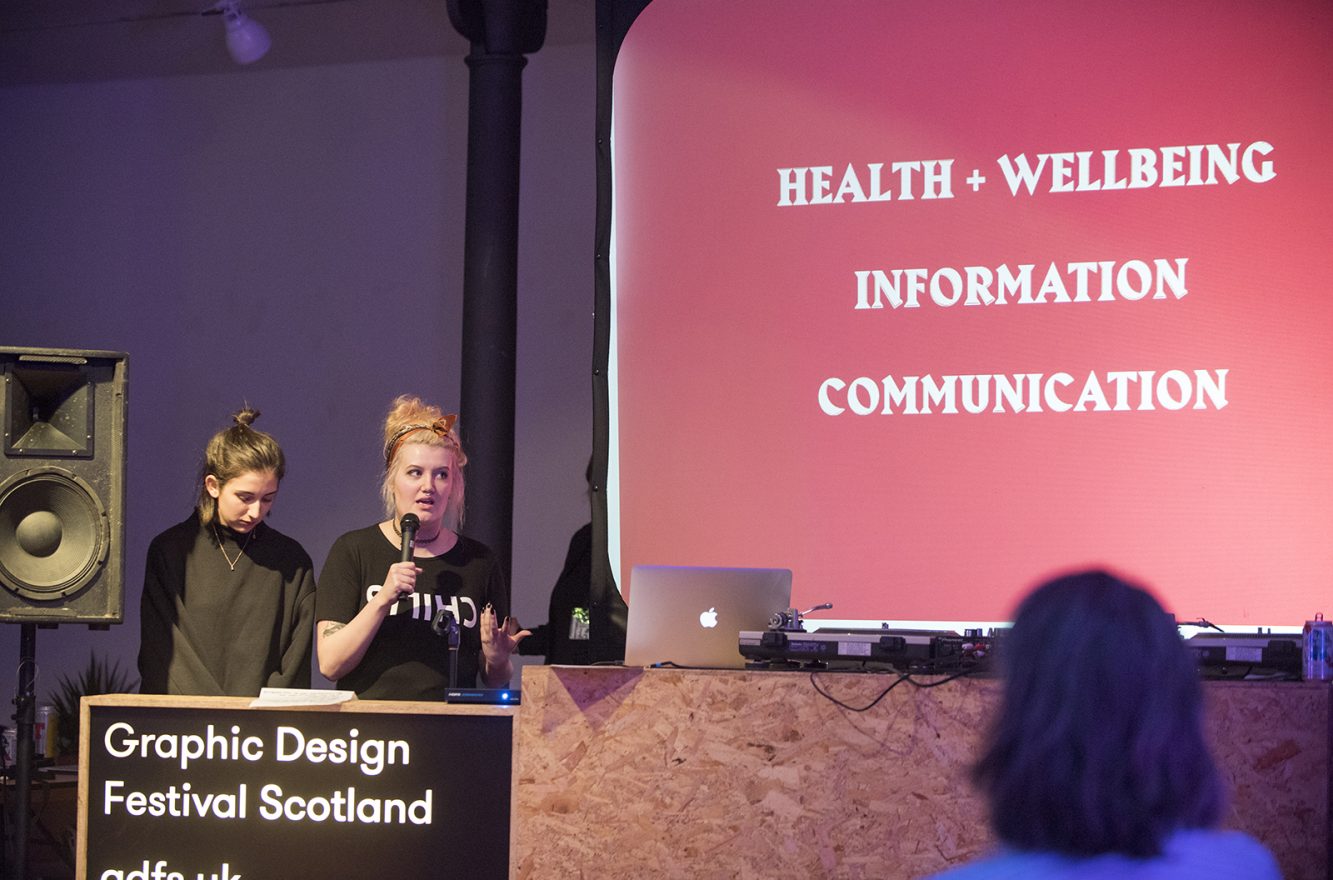 Live Project – The Walk Up

The jury included Creative Review, Koto, Ken Kirton of Hato and Grafik Magazine who were on the look out for designers with original ideas, strong conceptual thinking and work which is feasible and has real value.

The Live Project brief entitled Start Something / Age of Autonomy highlighted the changing perception of a designers role and in response Lisa and Lorna developed The Walk Up which looks at improving perceptions of the sex industry and offering support for sex workers. You can find out more about the project brief here.

We ask Lisa and Lorna what The Walk Up is all about, how they tackled the brief and what they have planned for the future. 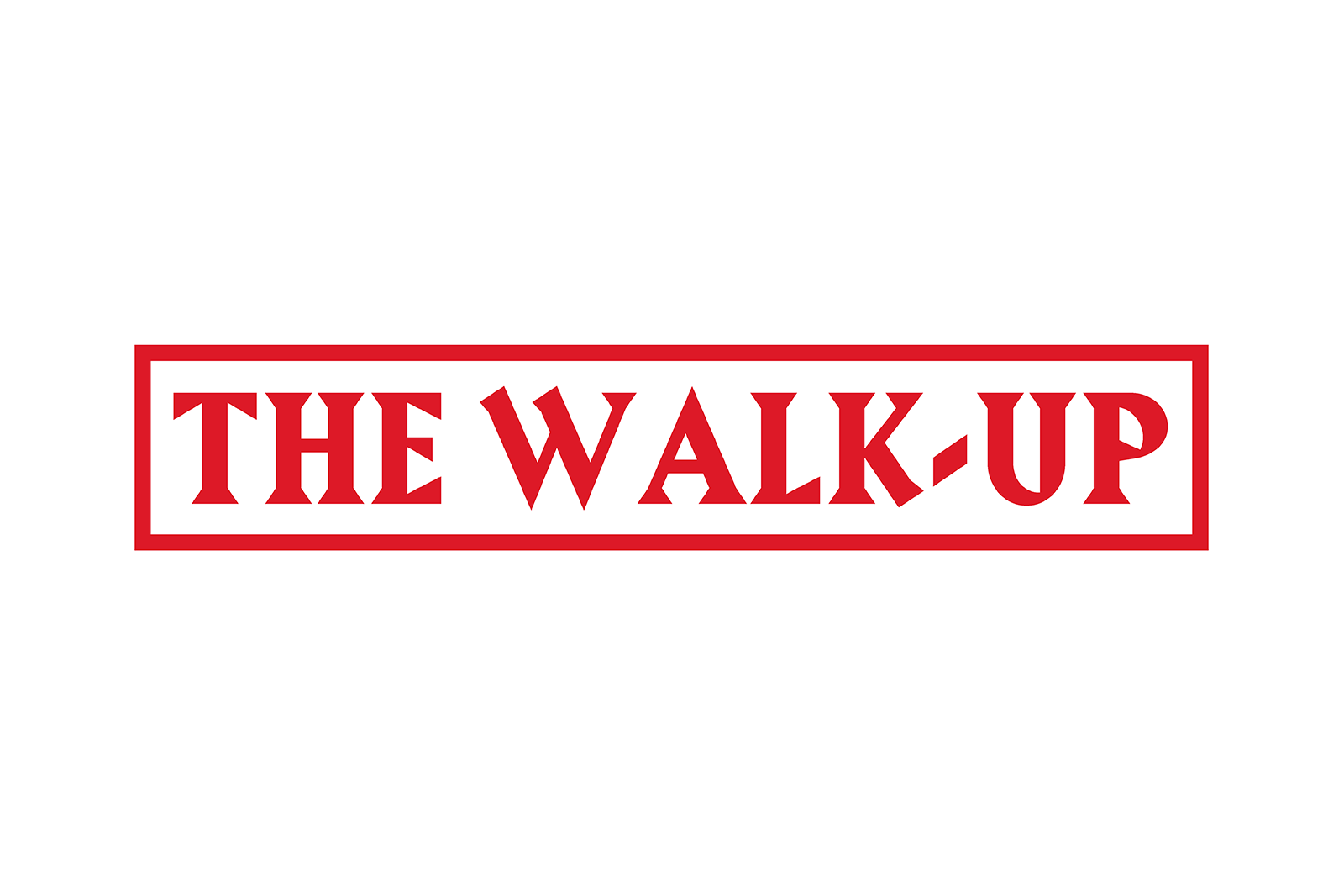 Hey Lisa, hey Lorna, where do you both work or study?

Lisa: I’m finishing up my third year of Graphic Design at Edinburgh College of Art.

Lorna: I’m also at ECA but I’m currently in Baltimore, USA on exchange at MICA.

Congratulations on impressing the judges. Can you describe your project in one line for us?

Thanks! The Walk Up is an initiative based on helping sex workers by providing various resources and help in an accessible and safe space.

Tell us a bit more about The Walk-up…

The Walk Up has two main goals. The first is to provide sex workers with immediate access to resources they need, from legal aid or medical assistance. The second is to dismantle the stigma that surrounds with prostitution, and to start up a desperately needed dialogue in the public about sex work, and the issues that come with it.

What form did your ideas take for The Walk-up and why??

Part of the reason that it was successful is because it’s controversial topic that was being portrayed in a way that isn’t often seen. We think that this caused people to sit up and take notice and consider issues they hadn’t thought about before or reconsider ideas they already had. We didn’t really shy away from the somewhat blunt facts within the topic and we discussed and presented our ideas in a very simple and direct manner. 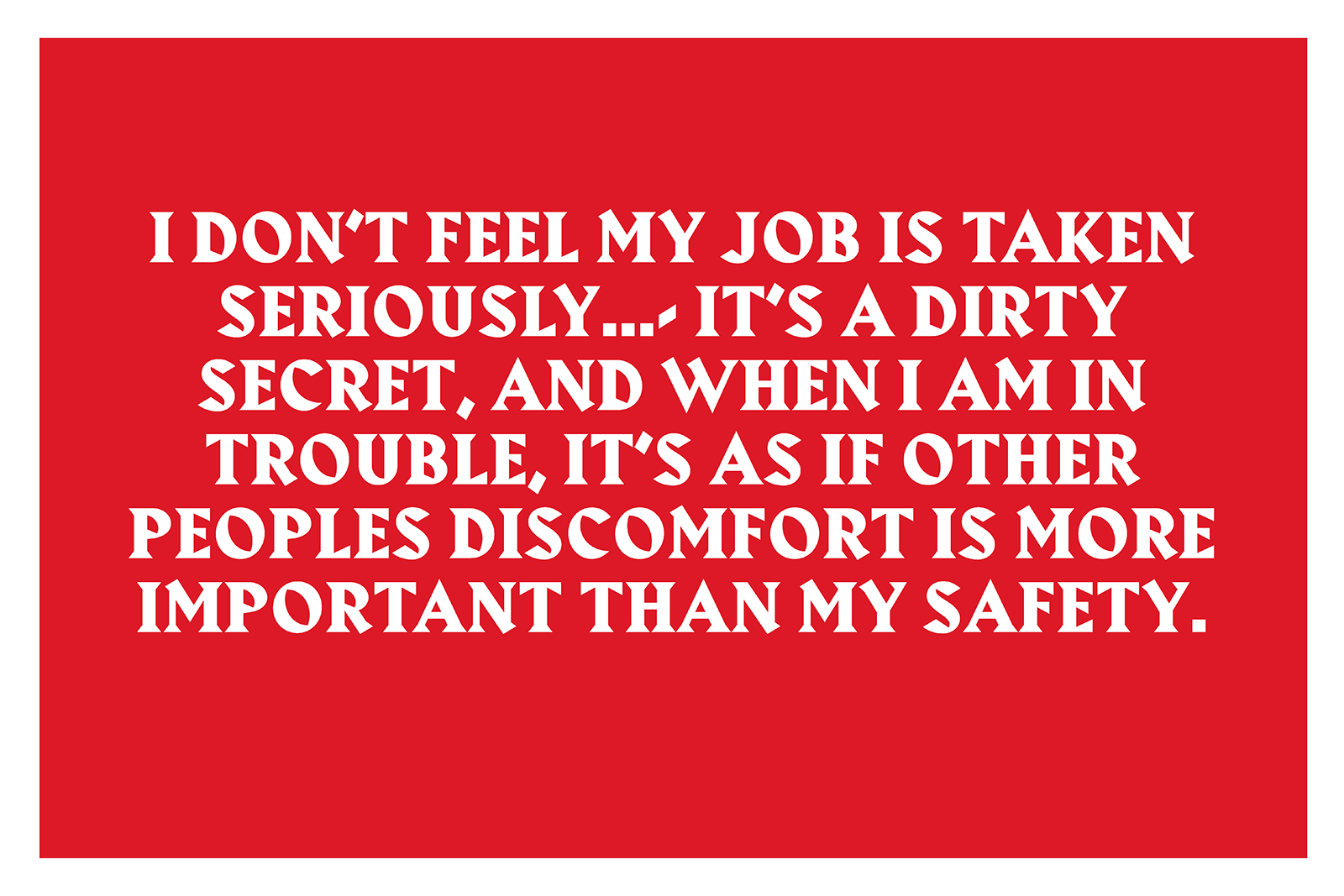 Why do you think it was so successful?

Part of the reason that it was successful is because it’s controversial topic that was being portrayed in a way that isn’t often seen. We think that this caused people to sit up and take notice and consider issues they hadn’t thought about before or reconsider ideas they already had. We didn’t really shy away from the somewhat blunt facts within the topic and we discussed and presented our ideas in a very simple and direct manner.

What inspired The Walk-up?

The way we approached the topic was to look at what we thought was missing from society, and what could we provide. We’re both very interested in social issues and sex work and its stigma is something that we’ve always thought to be an unnecessarily controversial issue which has detrimental effects on the safety and well-being of workers.

Were there any other ideas you considered?

We considered having the location be a portable one that would be able to move to different locations depending on where it was needed or to provide resources in different cities. After further consideration, we felt that it wouldn’t be able to provide ongoing and effective support to those in a specific location in a way that would make a difference nor would it be able to be a constant visible reminder to the public if it was constantly in transit. 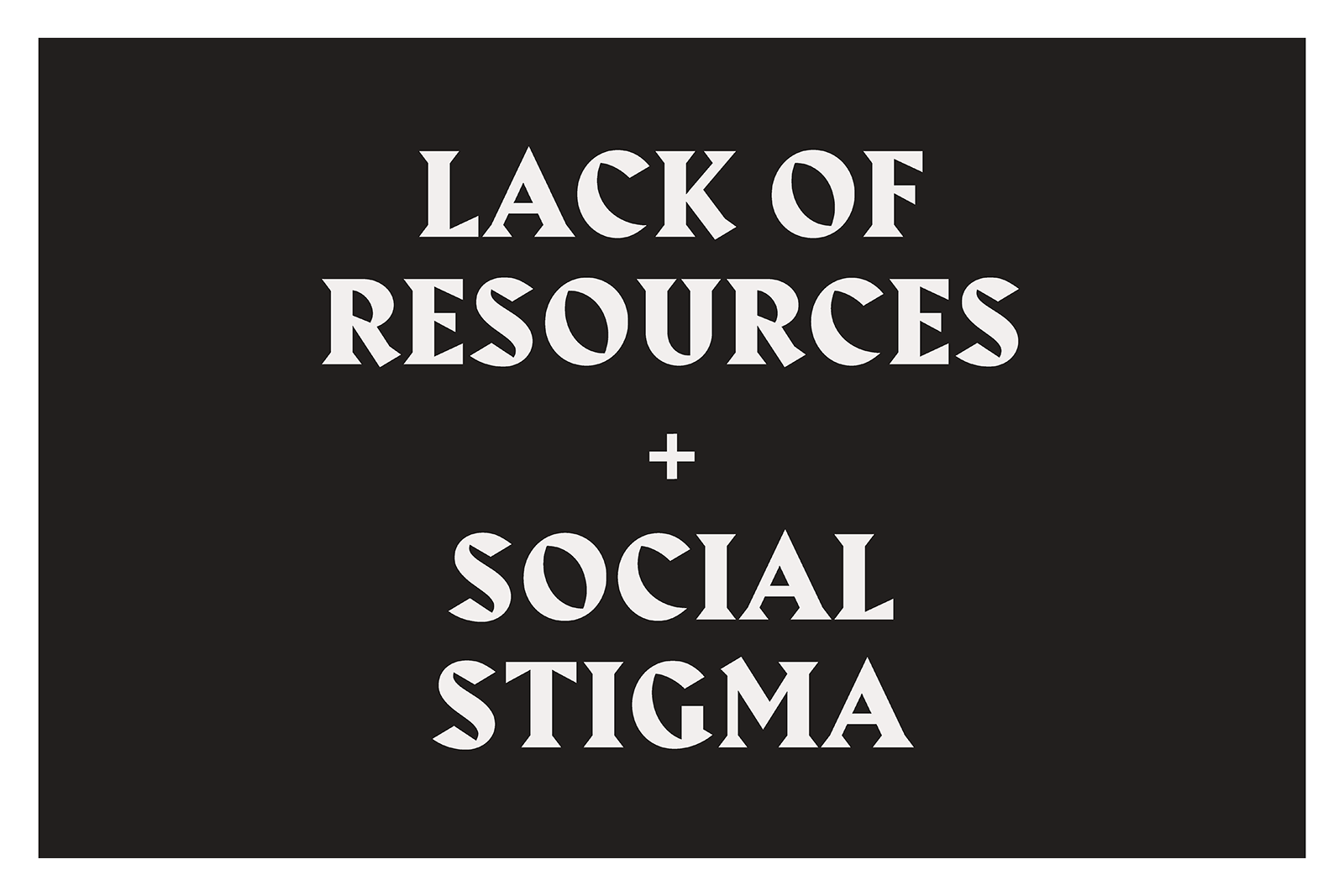 It’s a controversial topic, which provokes a mixed emotions, why do you think that is?

We think a large part of it is related to the prevalent ideas and attitudes surrounding us throughput life which consistently portray sex work (and, by extension, those practicing it) as seedy and shameful – something which ought to be kept secret in order to protected people from it. We’re both big believers that good design can, and often should, make people uncomfortable or challenge current prevailing ideas. It’s important to push people out their comfort zone and confront issues and attitudes that may not affect them directly, but affect the people around them.

How did you cope with such a broad brief?

Our mentor, Josh, was really helpful and really broke down the brief to it’s core elements early on which made it easier to digest and start the process of creating something from it. Once we really considered what was important to us, not just as designers but young people who have the chance to make some difference, it became a lot easier to narrow down our ideas and get stuck in. We both have similar interests with regard to issues we want to tackle and working together to bounce ideas off one another also was a big help in tackling such a broad brief.

How did you approach the brief over the two days?

The first day was pretty much our concept time. We focused in more about general ideas and aims – the kind of message we wanted to create. After we spent that day firming up our idea, it was easy to slip into the execution of it on the second day as it was all about taking the concept and expressing is visually and simply. We spent that day creating visuals and displaying them in public spaces in the city. 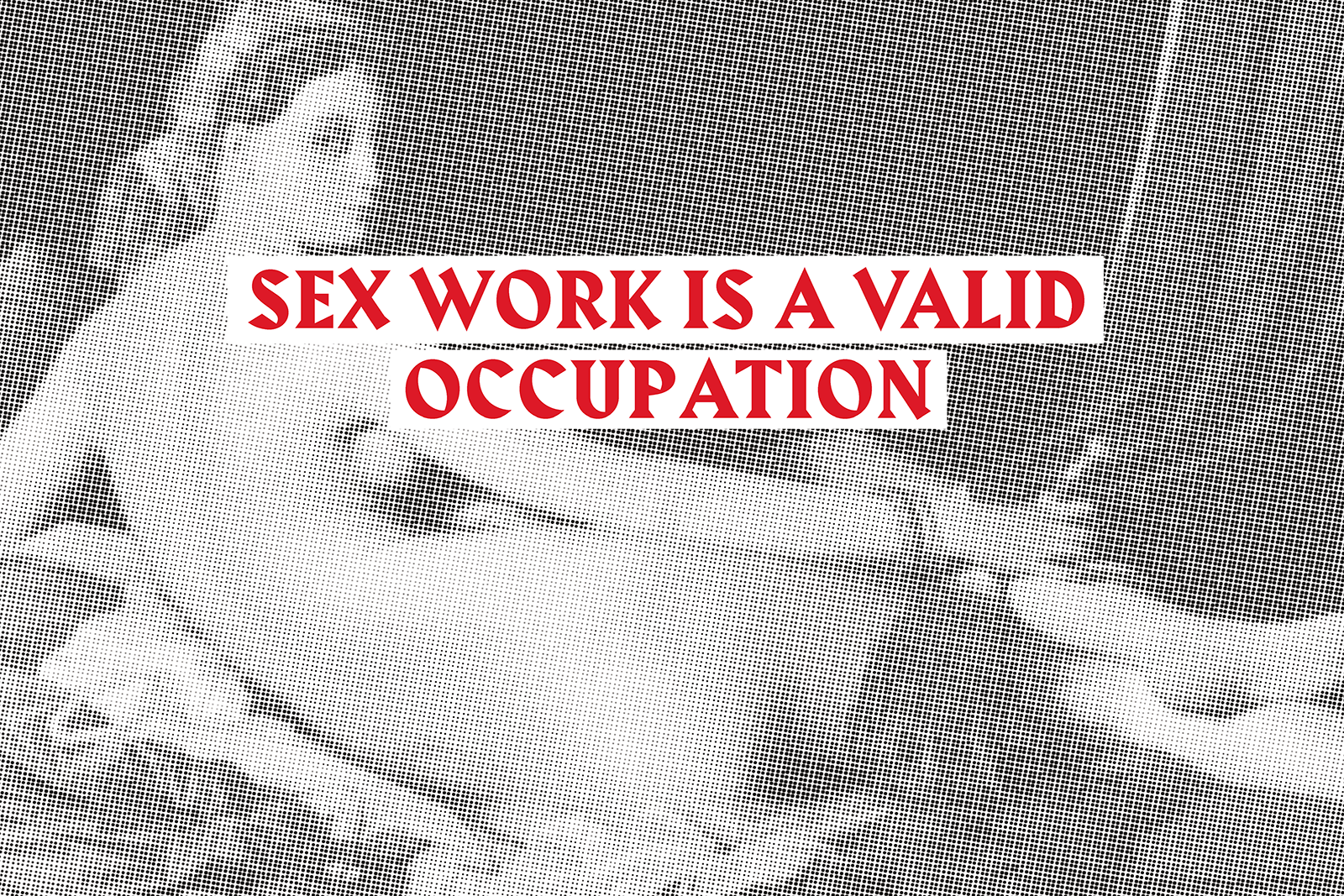 The brief was about autonomy, have you ever considered starting something for yourself?

Lisa: I like the idea of starting my agency or collective in the future. I really enjoy working with other people, so I don’t imagine I’d ever go freelance, but I’d love to work with other people who are passionate about the same things that I am.

Lorna: I would also really love to start something in the future. Maybe an event or a collective, anything that is centered around bringing people and ideas together and sharing those.

What was it like working with O Street and are you considering taking The Walk Up further?

The guys at O Street were absolutely invaluable over the whole process and really encouraged us to make an impact with the execution of our ideas and we can’t wait to work there over summer. As for taking The Walk Up further, I think that I (Lisa) would like develop in my fourth year at university, so I can dedicate time to really working on the overall concept itself.

What are your plans for the future?

Lisa: Graduate hopefully! Once I leave uni, I’m honestly not really sure what waits for me. I’d love to end up in art direction but I don’t really have any concrete plans as of yet.

Lorna: I’ve got no concrete plans of what I want to do after uni. I’m just excited to work on personal work and try out different things and places out and see where I end up.

How does it feel coming 2nd in GDFS Emerging Designers Award?

It feels amazing! We both went into GDFS for the experience. We went into it to have some fun and to get the chance to work with other designers and some really great studios and collectives, so we never really expected to win anything. It was such a surprise but really motivating and it was great that a project about sex work was received well enough to place!

How was your experience overall at GDFS 2016?

We both loved it. it’s really exciting to be surrounded by so many people who are so passionate about design. It was a great chance to meet people that we wouldn’t have otherwise, and really inspiring to see so many people out in the world using design to make an impact. 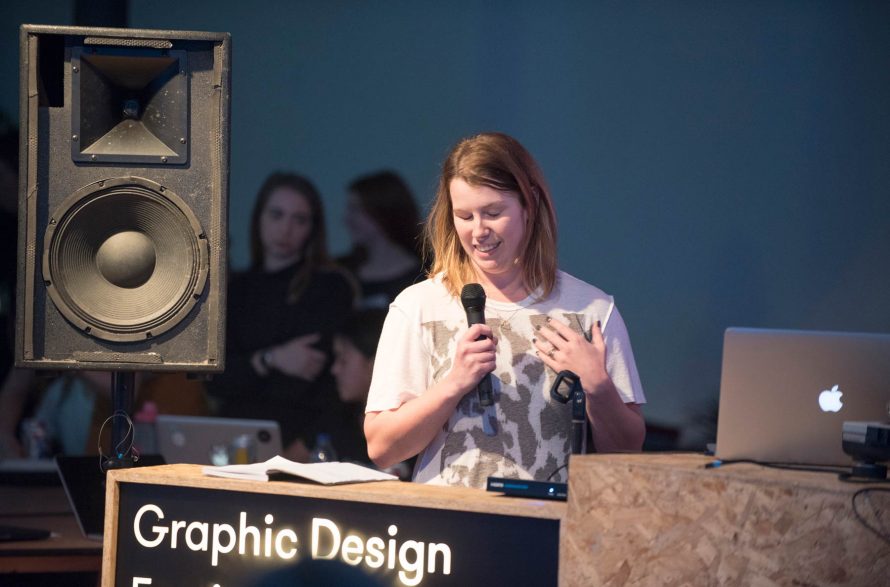 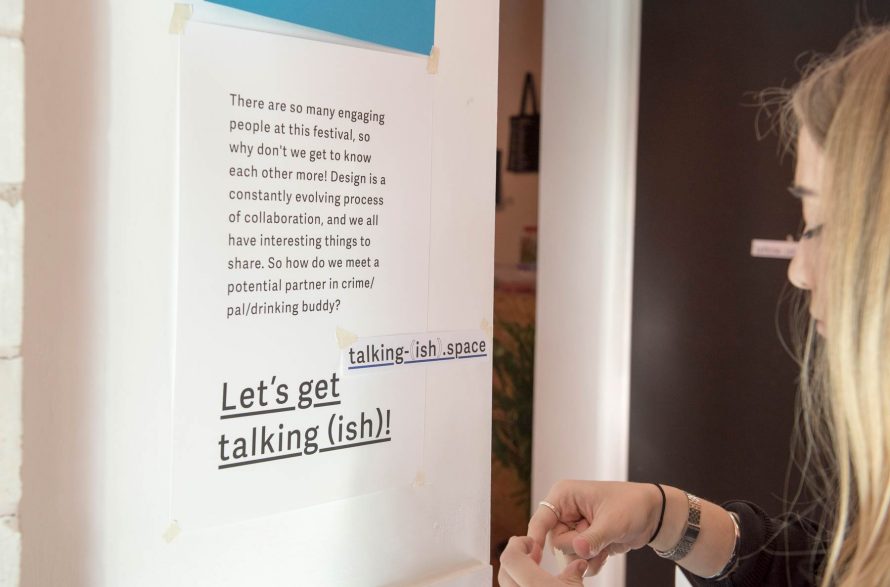